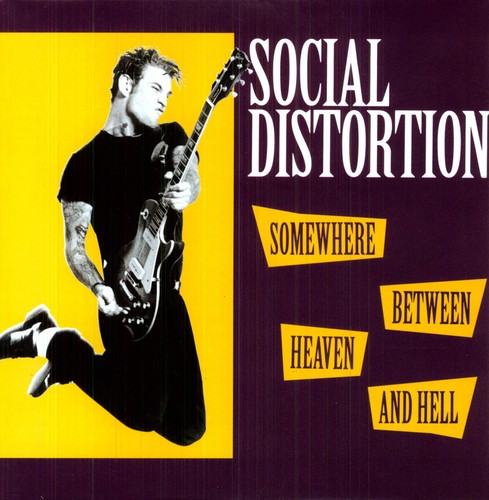 The American punk rock band Social Distortion formed in 1978 in Fullerton, California. Frontman of the band is vocalist, guitar player and main songwriter Mike Ness. Since it's inception the band lineup has been a virtual revolving-door of talent, with many members coming and going with the only constant member being Mike Ness. Somewhere Between Heaven and Hell is their fourth studio album originally released in 1992. It continues the melding of country and rockabilly influences with punk that began two albums before with the album Prison Bound. Clear influences include Hank Williams and Johnny Cash. The album also marks the first time that a Social Distortion line-up had not changed in three consecutive studio recordings.