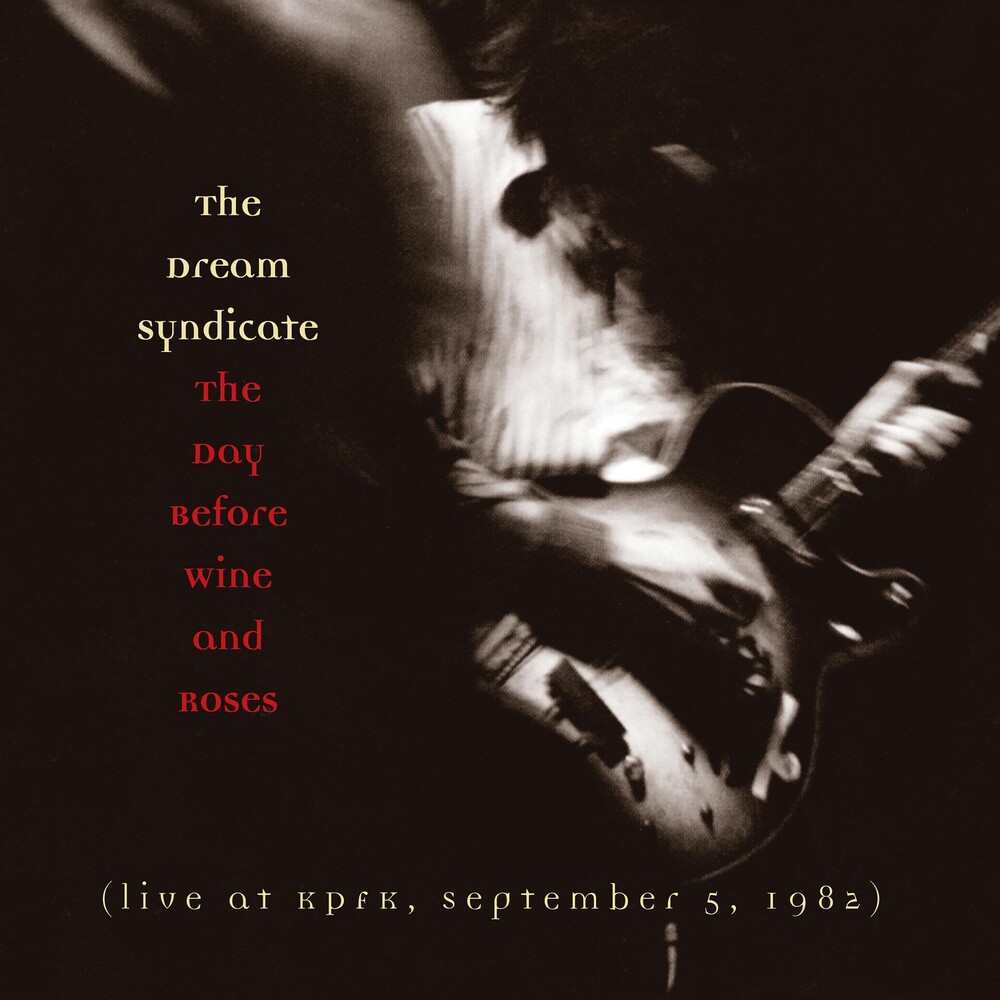 The Day Before Wine And Roses
Artist: The Dream Syndicate
Format: CD
New: Not in stock
Wish

A few weeks before The Dream Syndicate entered the studio to record their seminal The Days Of Wine And Roses album, they set up in Studio ZZZZ at KPFK in Los Angeles for a live set. In attendance were members of R.E.M., the Bangles and Green On Red. On February 4, 2014, you can be there, too.

The Day Before Wine And Roses available on CD for the first time in 15 years documents the genesis of one of the most important pieces of the Paisley Underground puzzle. The band (Steve Wynn: guitar & vocals, Karl Precoda: guitar, Kendra Smith: bass and Dennis Duck: drums) began playing at 2 AM according to Wynn's liner notes, and that could not have been a more perfect time for the ethereal sounds of this highly influential band.

Comprised of originals that appeared on their first EP and others which would later appear on their classic debut, as well as covers of classics by Neil Young, Bob Dylan and Donovan, The Day Before Wine And Roses is not only a release that presents an important time in alternative music, but defines it. Packaged with a full color booklet, the packaging also features the complete 1994 liners and a postscript from original and current reissue producer Pat Thomas.

The Dream Syndicate will be playing live shows in late 2013 with The Bangles, Rain Parade and The Three O'Clock (whose The Hidden World Revealed was released to acclaim by Omnivore in June), and the music world will be anxious to (re)experience what made this band so revered.

There are times when it is difficult to remember what happened the day before. With The Day Before Wine And Roses, that will no longer be a problem.