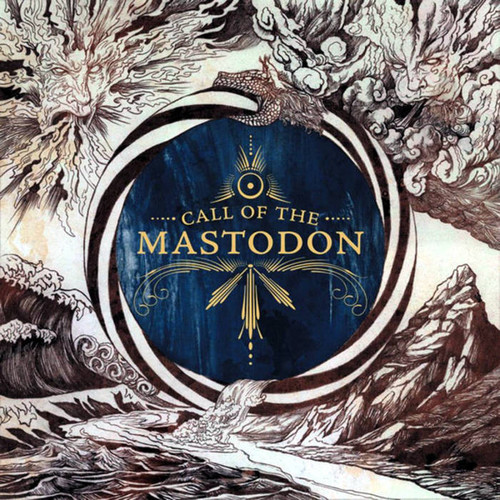 Call of the Mastodon
Artist: Mastodon
Format: CD
New: Not in stock
Wish

The Call of the Mastodon, a collection of Mastodon's first-ever forays into the recording studio, exposes the humble beginnings of hard rock's heaviest hitters. The nine tracks laid to tape here, the first the fledgling quartet had ever written, document a band finding its own voice and place in the musical world. Remixed and remastered by original producer Matt Washburn, and repackaged by the band's longtime artist Paul Romano, the Call of the Mastodon is a vital piece of heavy metal history and the crucial starting point in the still burgeoning Mastodon legacy.

''Call of the Mastodon'' is a compilation of early songs from the heavy metal band Mastodon. It was released on February 7, 2006, by Relapse Records.

It contains alternate re-ordered versions of all the songs from their first EP ''Lifesblood'', as well as three tracks from their 7" self-titled vinyl released in 2000 and a bonus song, "Call of the Mastodon", which has only appeared on the "9 Song Demo", which originally contained vocals by their previous vocalist Eric Saner.

This was their final release on Relapse; they subsequently signed to Warner Music. - Wikipedia