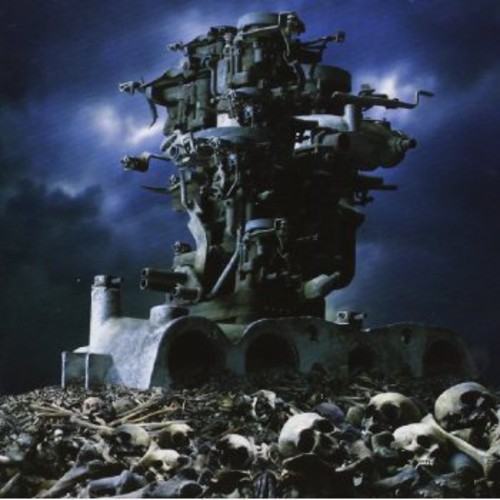 ''Death Cult Armageddon'' is the sixth studio album by Norwegian symphonic black metal band Dimmu Borgir, released on 8 September 2003. It has since sold over 100,000 copies in the United States; the first album under Nuclear Blast to do so; and debuted on the Billboard 200 chart at number 169. The songs "Progenies of the Great Apocalypse" and "Vredesbyrd" were both released as singles with accompanying music videos. The prior song featuring additional vocals from Abbath; along with "Heavenly Perverse"; being used, with "Eradication Instincts Defined", as background music in the ''Hellboy'' film trailer, on the soundtrack to the videogame Brütal Legend, and was featured as the theme song to the TV show Battle for Ozzfest. "Eradication Instincts Defined" was also used in a trailer for the film ''Stardust''. Parts of the album were recorded with the Prague Philharmonic Orchestra.

The artwork within the album displays what appears to be an industrial factory, inside of which the band members are living out their fantasies, some of which are similar to scenes seen in the music video for Progenies of the Great Apocalypse. Artwork was done by Swiss artist Joachim Luetke. Most of the songs have a common apocalyptic theme. - Wikipedia