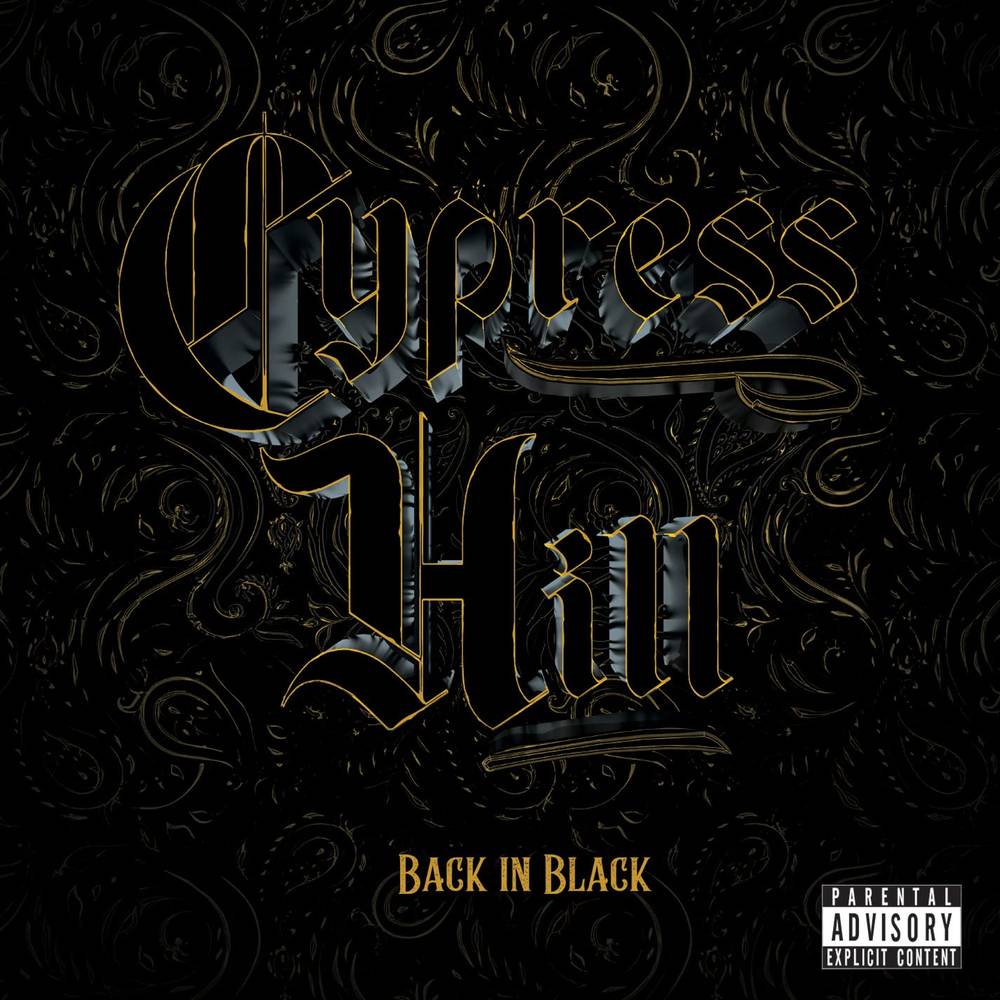 Cypress Hill shifts culture. The South Gate, California rap group championed cannabis before it before fashionable, ushered in a genre-shifting sonic tapestry, performed thousands of shows at a time when rappers were having a hard time getting booked for live gigs, and helped pave the way for rappers to use Spanish in their rhymes. Along the way, Cypress Hill earned a star on the Hollywood Walk of Fame, sold more than 9 million albums, and were nominated for three Grammy Awards. "If you're making music, you don't just want to make one song," B-Real says. "You want to make an album to show people like your skillset, your versatility, and to capture their minds. You can do that with one song, but an album is a journey. You have to take the trip. We were always fond of taking people on a journey, the rollercoaster ride, if you will, and you can only do that with an album. " Over crisp, thunderous drums and undulating bass, B-Real and Sen Dog turn a distinctive leaf on Back in Black selection "Open Ya Mind. " Here, the pair rap about the educational and legal aspects of cannabis. Yes, Cypress Hill enjoys getting high, of course. But the group's affinity for herb runs much deeper. "We can talk about smoking, but there's still a lot of people out there that need to be educated," B-Real reveals. "As the scene has progressed and evolved into what it is now, there still are some road bumps out there. It's not federally legal across the United States. It's legal here in California and other states, but we still face a lot of obstacles in terms of the federal government. A lot of us are pushing to finally get it recognized federally. There's still a whole lot of work to be done, so we just keep pushing along. " As is the case on much of Back in Black, Sen Dog delivers the first verse on "Open Ya Mind. " "We haven't done a lot of that," Sen Dog says. "I've always been on the second verse or on a song by myself, so it feels good to be the one to throw out that first rhyme in a song. " On the dark, percussive "Bye Bye" Cypress Hill throws another curveball by featuring rising rapper Dizzy Wright, who delivers a standout verse about the cost of violence. Elsewhere, the meditative "Come With Me" features Cypress Hill channeling Tupac Shakur. "We were good friends with him," Sen Dog says of the late rap icon. "We never got to the point where we made a song together, though, so we wanted to give him props. " More than 30 years since it debuted, Cypress Hill knew it had more to offer with Back in Black. "This album is a return to our roots," Sen Dog says. "We were proud hip-hoppers back in the day and we've gone through it all. We're proud to be part of the hip-hop industry. Doing a straight hip-hop joint was the way to go. " TRACKLISTING: 1. Takeover 2. Open Ya Mind 3. Certified 4. Bye Bye 5. Come With Me 6. The Original 7. Hit Em' 8. Break of Dawn 9. Champion Sound 10. The Ride.
This website uses cookies to personalize content and analyse traffic in order to offer you a better experience.
I accept Learn More
back to top