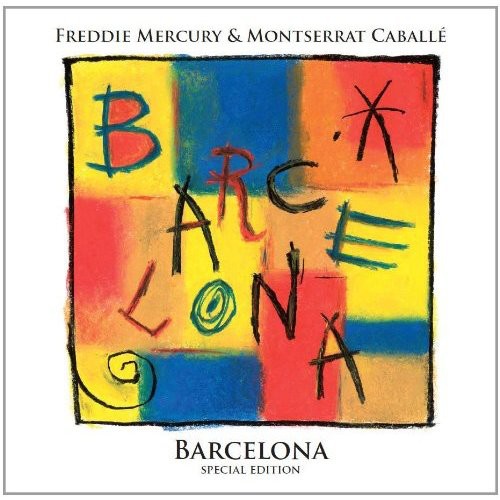 2012 release, an orchestral re-working of this 1987 album from the late Rock legend, recorded in collaboration with Spanish operatic soprano Montserrat Caballé. The original Barcelona album was to become the final solo work Mercury would complete. The title was also a tribute to the home city of his beloved recording partner Montserrat Caballé with whom Freddie was captivated and had planned to perform the title song with at the opening of the 1992 Olympics opening ceremony. Sadly Mercury passed away eight months before this could happen. But the album gave Mercury a million selling record and posthumously a chart topping single when the song Barcelona was chosen by BBC TV as it's title music to it's coverage of the Olympics. One of the most audacious, and ground breaking musical collaborations of the 80's, 'Barcelona' was for Freddie the embodiment of his long held fantasy of combining rock and opera and realizing his dream of collaborating with the woman of whom he said after first seeing her performing at London's Royal Opera House in 1981, 'I have now heard the best voice in the world'.