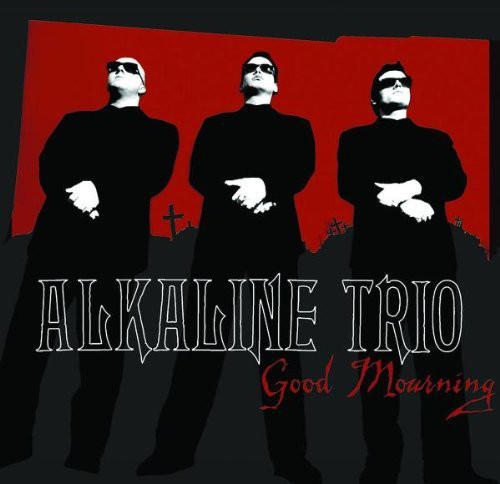 The Chicago-based band Alkaline Trio return with GOOD MOURNING. This album is a nothe slice of dark ominous punk rock with the signature Trio lyrics, songs about heartache, depression, and dealing with life's problems. First single "We've Had Enough"

''Good Mourning'' is the fourth studio album by Alkaline Trio, released May 13, 2003 on Vagrant Records. The album marks the first appearance of drummer, Derek Grant, described by vocalist/guitarist, Matt Skiba, as "a whole new influence." During recording, both Skiba and vocalist/bassist, Dan Andriano were ill. Skiba describes the album as sounding "bigger, deeper and rawer" than its predecessor, ''From Here to Infirmary''.

In a 2003 interview, Matt Skiba stated that ''Good Mourning'': <blockquote>is pretty good. I mean it took us a long time to do and I think most of the people that I talk to that make records and stuff, there's always stuff that you wish you did better or maybe a little differently. I've never been able to avoid that, even with this. There's things that I wish I had done maybe a little differently. But that also comes with just listening to it and living with it for so long that until it's done you won't really hear things in that way until it's like too late I guess. But I would say for the most part that I'm really happy with it.</blockquote> - Wikipedia