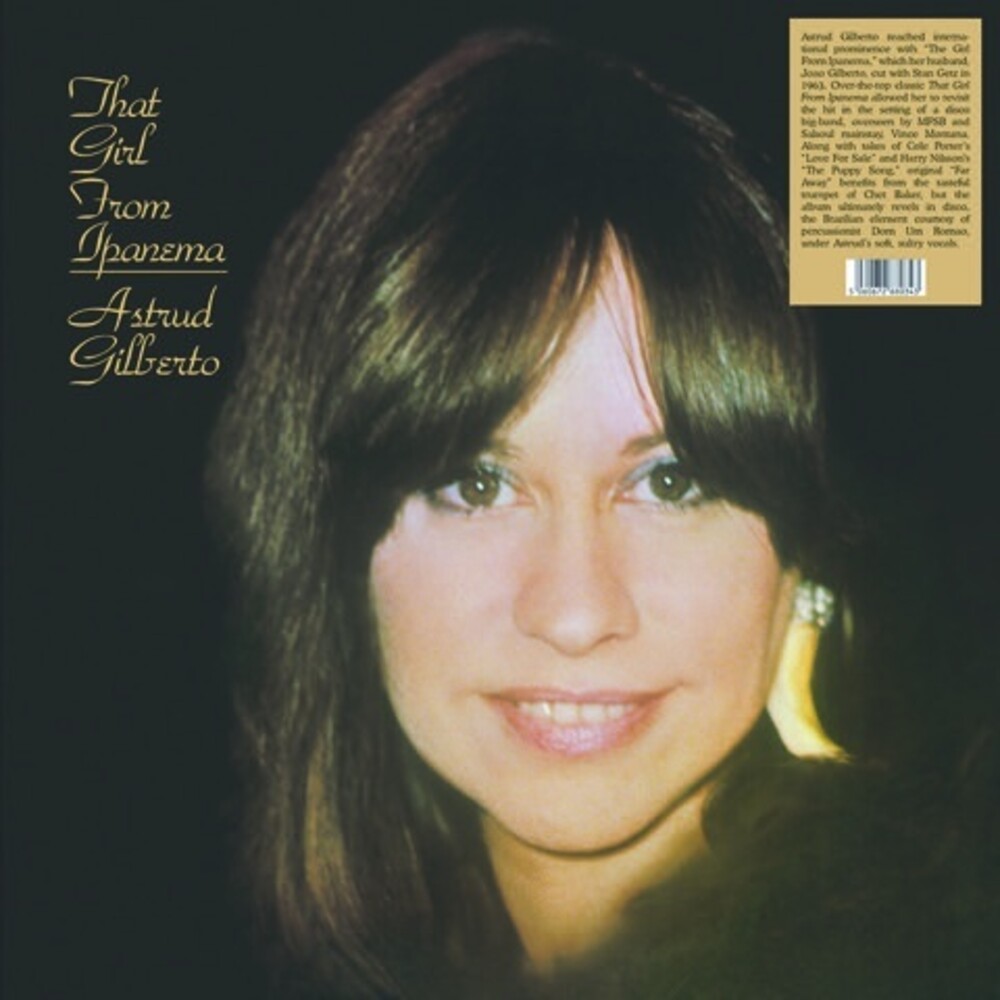 Vinyl LP pressing. Trading Places present a reissue of Astrud Gilberto's That Girl From Ipanema, originally released in 1977. The daughter of a Brazilian mother and German father, Astrud Gilberto achieved international prominence with "The Girl From Ipanema," an inauspicious debut recorded for the landmark album her husband, Joao Gilberto, created with Stan Getz in 1963. Moving to the USA, where later began a relationship. Over-the-top classic That Girl From Ipanema allowed her to revisit the hit in the sweeping high-fidelity full-spectrum setting of a disco big-band, the album overseen by MFSB and Salsoul mainstay, Vince Montana. Along with individual takes of Cole Porter's "Love For Sale" and Harry Nilsson's "The Puppy Song," original "Far Away" benefits from the understated trumpet of Chet Baker, but the album ultimately revels in all things disco, the Brazilian element coming courtesy of percussionist Dom Um Romao on select tracks. Crank up the volume and tune in to the brass, piano, and percussion that percolates under Astrud's characteristically soft and sultry vocals to fully experience this underrated gem.