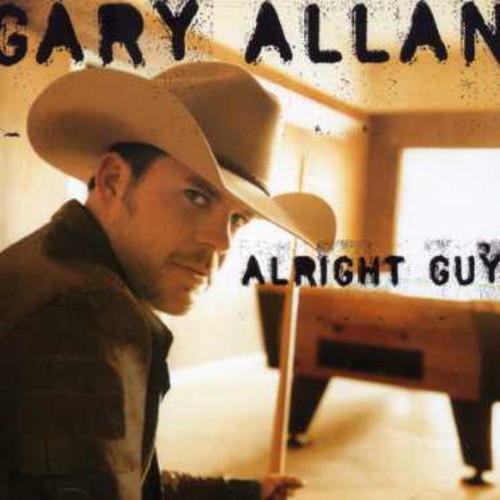 California-based country singer Gary Allan's latest effort, Alright Guy is a must have for fans. First radio single "Man of Me."

''Alright Guy'' is an album by American country music singer Gary Allan. It was released on October 2, 2001 on the MCA Nashville label. This was Allan's fourth studio album and it produced three singles. The first one, "Man of Me", reached #18 on the Hot Country Songs charts. "The One" became his second Top Five hit, reaching #3, and "Man to Man" became the first Number One hit of his career. Like his previous album, 1999's ''Smoke Rings in the Dark'', ''Alright Guy'' was cerfitied platinum by the RIAA.