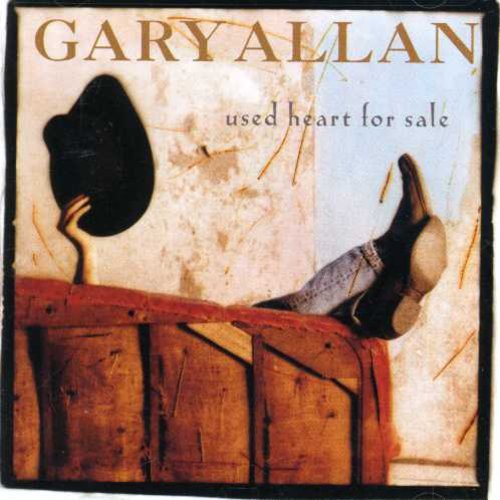 This Southern California native grew up listening to Merle Haggard, George Strait and Mark Chesnutt. Though tempted to emulate his idols, Gary discovered his own style during a 14-year tenure playing the local club circuit. Used Heart for Sale captures his beloved traditional country in a truly 90's fashion. Radio stations and listeners alike are clamoring to hear more of his music, since the release of Gary's debut single/video, "Her Man" (the 3rd most-added record on the R&R chart).

''Used Heart For Sale'' is the debut album of American country music singer Gary Allan. It was released on September 24, 1996 on the Decca Records Nashville label. This was Allan's first studio album, and has been certified gold by the RIAA. It produced four singles on the ''Billboard'' Hot Country Songs charts: "Her Man", "Living in a House Full of Love", "From Where I'm Sitting", and "Forever and a Day". While "Her Man" reached Top 10 on the country charts, none of the other three singles reached Top 40.

Several of the songs on this album are covers, including two of the singles. "Her Man" was previously recorded by Waylon Jennings on his 1990 album ''The Eagle'', and "Living in a House Full of Love" was previously a #3 hit for David Houston in 1965. Additionally, "Wine Me Up" is a cover of Faron Young's hit single. - Wikipedia