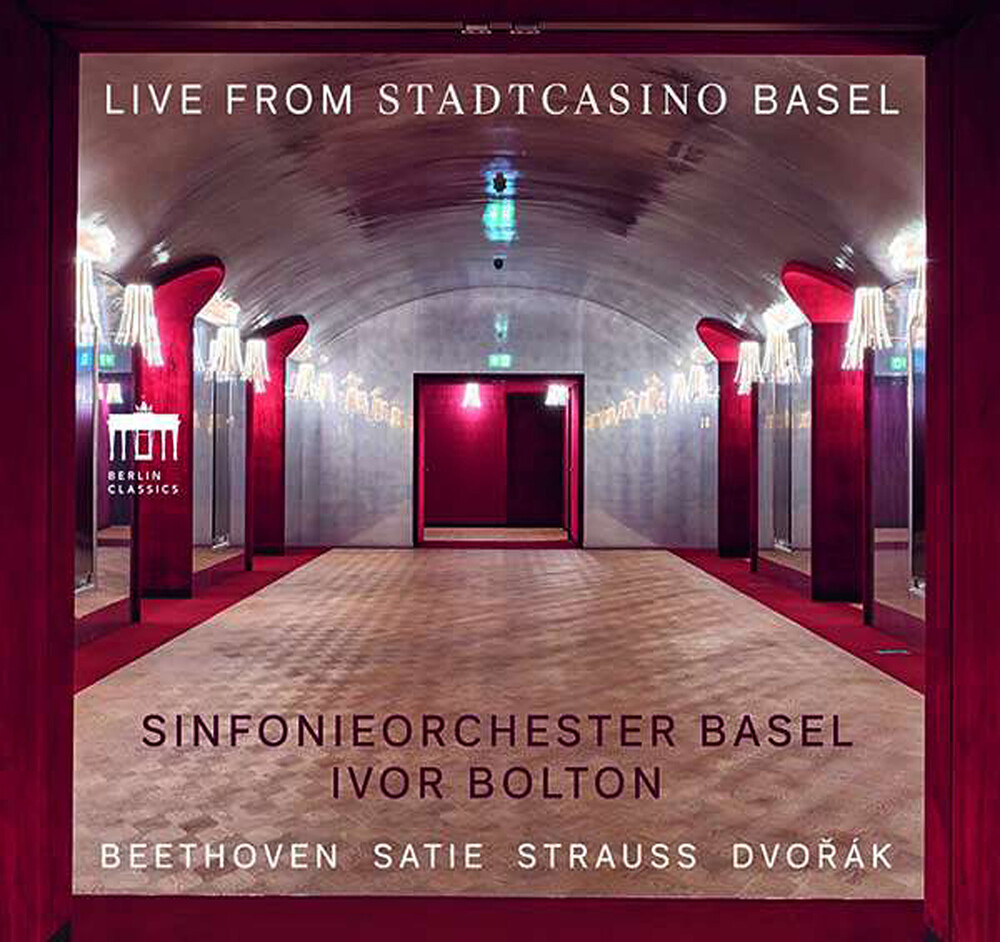 With the reopening of the Stadtcasino, the music city of Basel gets back it's unique sound jewel. In August 2020, the Basel Symphony Orchestra, resident orchestra of the Stadtcasino Basel, celebrated it's return to the music hall, which was completed in 1876 according to plans by Basel architect Johann Jakob Stehlin. Acoustically the historic music hall is one of the world's best concert halls. The extension of the Stadtcasino was commissioned from the prominent architectural firm Herzog & de Meuron with their headquarters in Basel and who have already designed several famous buildings and concert halls, most recently the Elbphilharmonie Hamburg. The program of the concert on August 26, 2020, was entirely dedicated to the reopening and under the impression of a newly forming music world after the Corona lockdown. The present recording was made as a co-production with SRF, which recorded the symphony orchestra's first concert in it's home venue, the Stadtcasino Basel. The lavish booklet presents numerous photographs of the opulent concert hall as well as an essay by Elke Heidenreich, who has been associated with the orchestra for years. The concert began with Beethoven's overture "The Consecration of the House, " with which the Theater in der Josefstadt in Vienna was opened in 1822. With Debussy's orchestration of the 3rd Gymnopédies, a wealth of delicate timbres floated weightlessly into the restored concert hall. Satie described his music as "musique d'ameublement", a music of furnishing, which may also be understood allegorically as the tonal furnishing of the music hall. In the orchestral song "Morgen" by Richard Strauss, soprano Christina Landshamer presented herself as artist in residence. Finally, Dvorak's 9th Symphony "From the New World" was symbolic of the very special start to a new chapter in music with the Basel Symphony Orchestra under the baton of principal conductor Ivor Bolton.