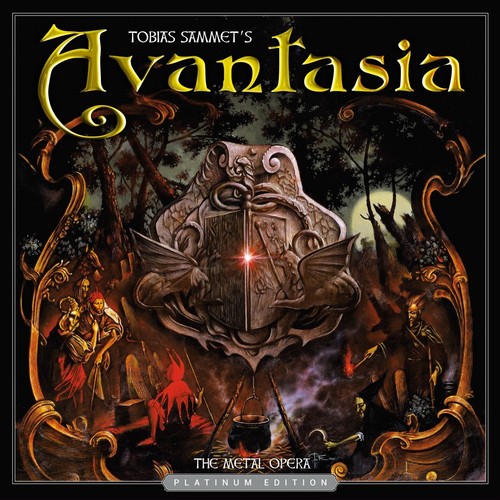 Digitally remastered edition of this 2001 album. The Metal Opera is the first full-length album by Tobias Sammet's supergroup project, Avantasia. It is a concept album and a rock opera. Avantasia is a German supergroup rock opera project created by Tobias Sammet, vocalist of the band Edguy. It has been characterized as a rock opera, as it features the contributions of various vocalists and musicians and it consists of concept albums. The name is a portmanteau of the words "avalon" and "fantasia" ("fantasy") and describes "a world beyond human imagination". In Spring 1999, during Edguy's Theater of Salvation tour, Tobias Sammet began to outline his ideas for a metal opera concept album featuring a number of guest musicians. When the tour finished, he began collaborating with metal vocalists to record the project. At this stage the core band consisted of four members, Sammet on keyboards, Henjo Richter on guitar, Markus Grosskopf on bass and Alex Holzwarth on drums. In 2001, a self-titled single and the first full-length album, The Metal Opera, were released. The project went on hiatus after the release of The Metal Opera Part II in September 2002.