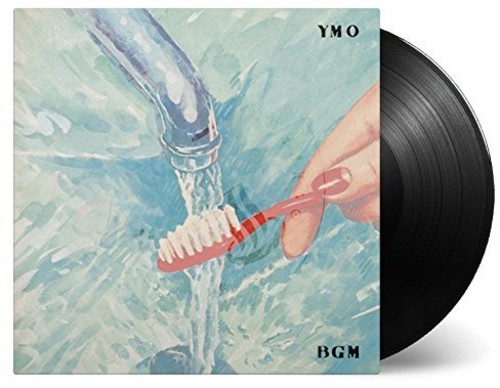 Limited 180 gram audiophile vinyl LP pressing in PVC sleeve including insert. On their fourth album BGM (1981), YMO continued where they left off with X Multiplies, by venturing further into synthesizers, drum computers and experimentation with rhythm, sequences and speeds. This album is more focused on atmosphere and mood, some even say this album is a turning point for YMO and the international pop music scene. They successfully merged lyrics, sound bites and their signature electrically programmed music on BGM. '1000 Knives' and 'Cue' are the most famous - The Hand Clap on '1000 Knives' is probably one of the most used samples in the 1980s-'90s.