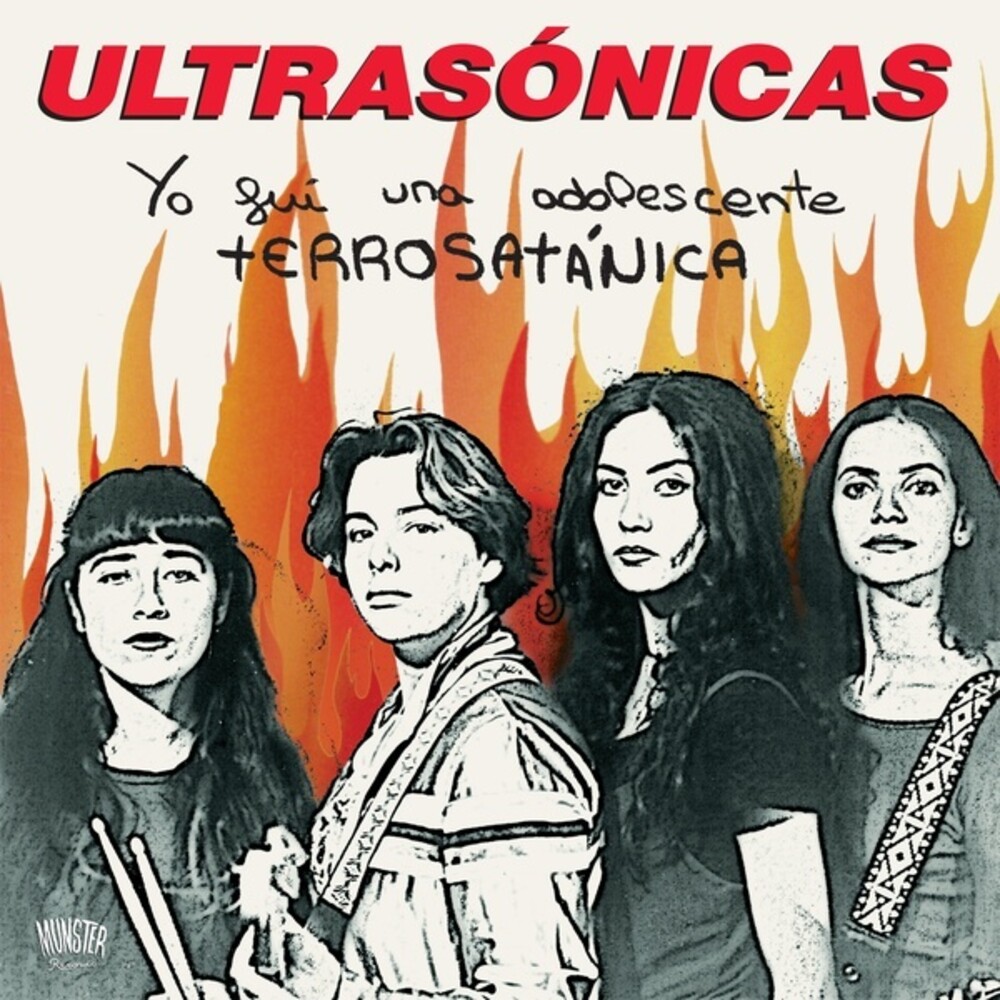 Jenny Bombo together with Tere Farfissa formed UltrasĂłnicas from Mexico City in 1996. Several singers, guitarists and bassists temporary joined them until Suzy Vox, Jessy Bulbo (bass and voice) and Ali Gua Gua (guitar) arrived. They began to play as a quintet in memorable concerts within the underground circuit of Mexico City until Tere left the band in 1997 and they remained as a quartet. Their sound is based on rock and roll, garage, surf and punk, along with the influence of the riot grrrl movement. In 1998, with that line-up, they recorded a demo in the rehearsal room with two microphones only. This would become the 10" vinyl record Yo Fui Una Adolescente Terrosatanica (The Demo Versions) (1999), a limited edition to 500 copies only, sporting a caveman sound and a great sense of humor. They had also recorded other songs in a home studio that were released exclusively on CD by Munster Records in 2001 (the "definitive versions"). This album presents on vinyl for the first time a selection of those recordings previously released on CD only together with most of those included on the 10" record, comprising a complete representation of the Ultrasonic repertoire. The band has become a reference for '90s Mexican underground rock and also for all-women bands, encouraging many others in Mexico to follow their example. Welcome to the wonderful brashness and rock sound of the Ultras. Vinyl LP pressing.
back to top