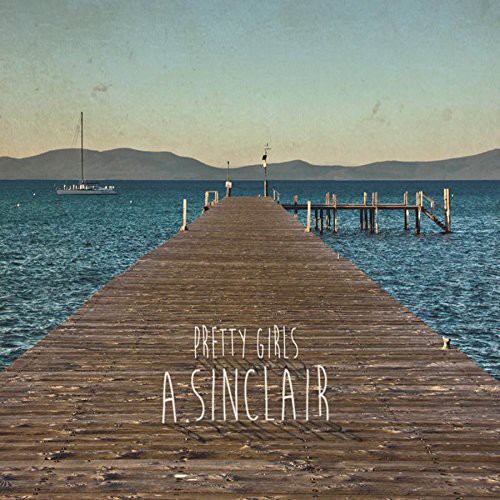 Standard weight 10inch; black vinyl, single sleeve jacket. Download card included A stalwart of Austin indie rock and one of the city's most highly regarded songwriters, Aaron Sinclair has teamed up with Dangerbird Records for the national release of the new album Pretty Girls under the moniker A. Sinclair.

A. Sinclair s recent releases have drawn the attention of press around the country, intrigued by a sound that the Austin Chronicle described as 'tension-driven' with 'tight, rough riffs and sharp post-punk lines.' SPIN remarked on the underlying feeling of 'twitchy paranoia' that permeates Sinclair's songwriting, which Baeble Music described as having a 'strung-out urgency.'

Aaron Sinclair s rock passport has a number of notable stamps: First Houston, his hometown, where he initially picked up a guitar with friends and considered it to be a reasonable enough vehicle by which to leave. Then it was on to Boston, where Sinclair established himself in the mid-aughts as a member of The Lot Six, the widely-beloved band that grew out of that city s fertile Tarantulas punk scene, and with whom Sinclair crisscrossed the country for 4 years, building a steady following on the East Coast until it was over in 2006.

Meanwhile, Sinclair made a name for himself with his own band Frank Smith, the vehicle through which he explored a rootsier sound while touring, recording, and collaborating with friends like Juliana Hatfield, who released two of the band's albums on her own label.

Later that year, Sinclair made the decision to relocate to Austin in his home state of Texas and rebuild first his band and ultimately, himself. With a fresh start, a new band name and a collection of songs that more than validate the impressive display of resolve, A. Sinclair's 'Pretty Girls' is the sound of an artist crashing ahead, unafraid to dig in even harder on being great, even if it means blowing it all up first.

Paste praised A. Sinclair's ability let the music speak for itself with a sound that can only be described as 'full-on rock,' while the critics at the UK site The Line of Best Fit were drawn to the combination of 'massive guitars' and 'boozy vocals,' with 'swagger, melody and timeless drive.'