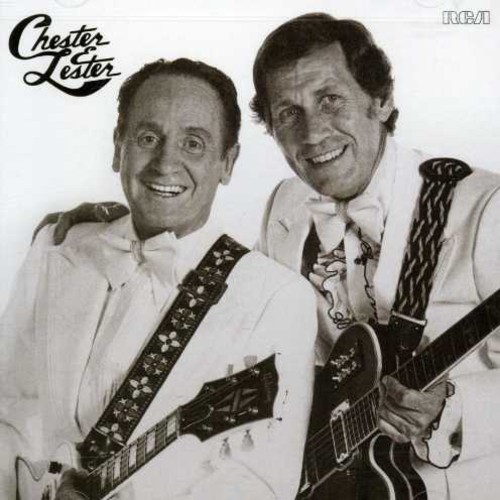 CHESTER & LESTER was probably the only jam session record to win a Grammy. Today, such an album would merely seem like clever marketing: two virtuosos from different genres, country and pop, joining forces. Not so in 1976. Truth was, Chet Atkins and Les Paul had way more in common than many realized. Each made groundbreaking records that put electric guitars on the map and influenced the sound of rock. Both experimented with electronics. The electric guitar models named for both men over half a century ago are considered classics, still produced today by the same companies. Three decades can't diminish CHESTER & LESTER'S wonderfully free musical and personal interplay. On record, their divergent personalities were reflected in their verbal bantering, Chet's taciturn personality and dry humor a terrific foil for Les's ornery schoolkid exuberance. It was something both admired about the record. It is now re-releasesed here and includes 4 bonus tracks.

''Chester & Lester'' is a collaborative album by guitarists Chet Atkins and Les Paul released in 1976.

It was recorded in the mid-1970s when Chet was in his fifties and Les in his sixties. Chet coaxed Les out of his decade-long retirement for this recording. The liner notes state there is very little overdubbing and the majority of the album was live in the studio.