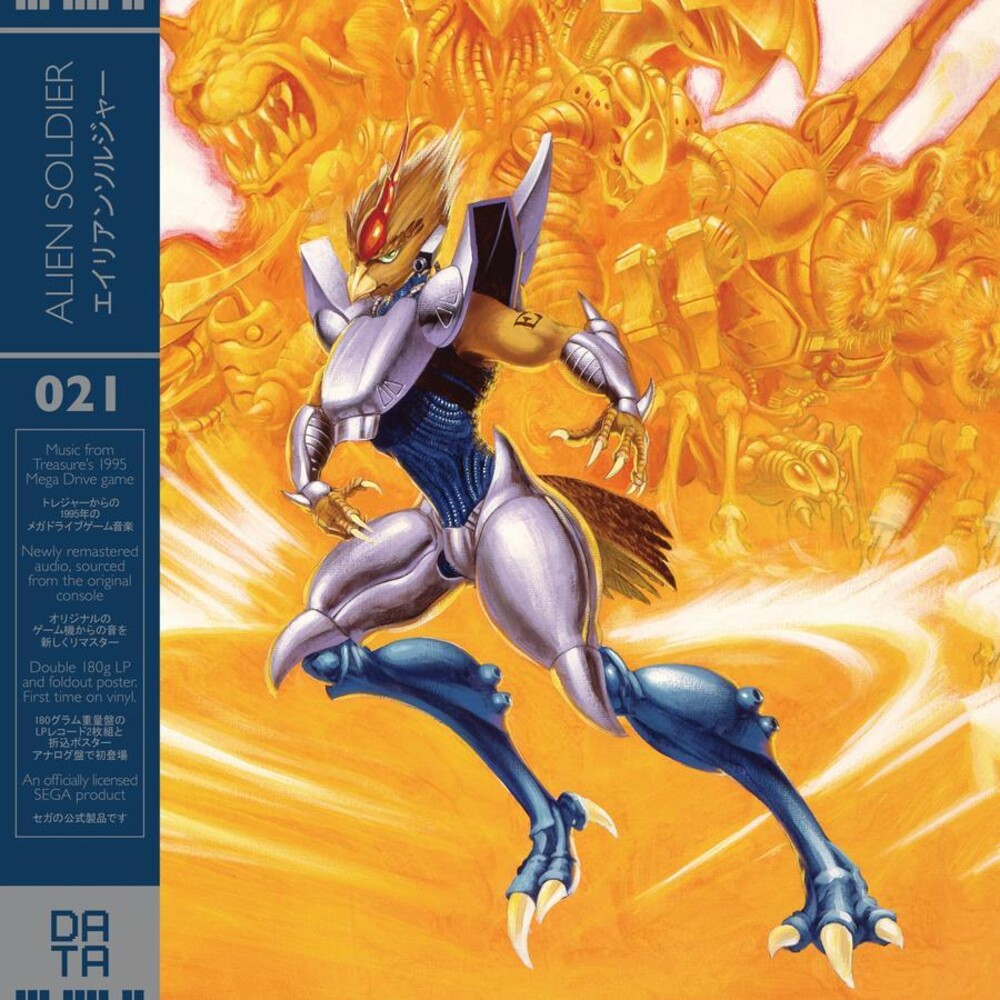 In 1995, at the tail end of the Mega Drive's lifespan, composer Norio "NON" Hanzawa (Gunstar Heroes) was tasked by acclaimed developer Treasure to score their hugely ambitious new shooter, Alien Soldier. He then duly created one of the most technically impressive, challenging and experimental game scores of the entire 16-bit era. In line with Alien Soldier's frantic gameplay, Hanzawa's score is often intense, perplexing, and occasionally overwhelming, but it is also punctuated with some surprisingly minimal and inventive synth passages, which at times feel oddly reminiscent of Vangelis's Blade Runner. However, Hanzawa's work on Alien Soldier is distinctively his own, harnessing the inherent noise and strange tones of Mega Drive's FM sound chip to create a score filled with otherworldly sounds, disorientating layers and a sense of complexity seldom heard in-game music at the time. Alien Soldier is presented as a remastered double 180g LP, with audio sourced from the original Japanese console. It is packaging in a heavyweight single-pocket sleeve, with an accompanying foldout poster of the original cover artwork and an obi strip.