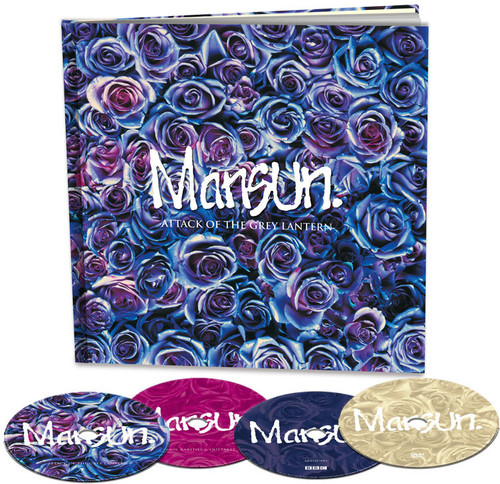 Lavish four disc (three CD + NTSC/Region 0 DVD) edition including remastered album, DVD (including 5.1 mix, original videos and hi-def mix), a 70 page book with a new extended essay on the making the record and it's impact, a CD of never before heard demos, rarities and outtakes and a CD of selected Mansun BBC Sessions. Digitally remastered from the original master tapes by Jon Astley (Led Zeppelin, The Who). Mansun is regarded as one of the most innovative British bands of the late 1990s and released three classic albums - Attack Of The Grey Lantern (1997), Six (1998), Little Kix (2000) - a retrospective compilation Kleptomania and a popular series of EPs during it's existence. The Kscope label has acquired the band's impressive catalogue and are creating a deluxe reissue series that delves into a treasure trove of previously unreleased audio and visual material. The band developed fervent cult following, which holds an annual UK Mansun Convention and started a petition that called for frontman Paul Draper to release his debut solo album Spooky Action in August 2017. The solo album, also released on Kscope, hit #19 in the UK album charts and led to a sold-out UK solo tour and a US tour with Steven Wilson.