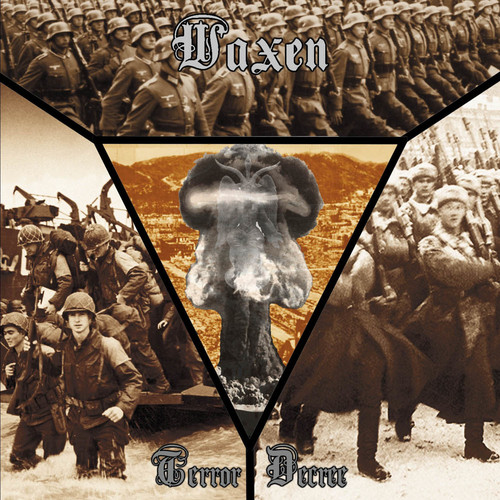 2018 release from the black metal guitar god. Originally signing with world-renowned label Shrapnel Records in 1992 at the unheard of age of only 19, Toby Knapp has never looked back and continues to have a productive and prolific career in rock and heavy metal. Toby Knapp has kept very busy over the decades and has solidified his position as an all-around world-wide guitar hero, virtuoso and legend. Knapp now returns with his fourth Waxen album and ultimate masterpiece Terror Decree, once again raising the stakes for musicianship in rock, metal and black metal. An album that is as dark and grim as anything by Sargeist or Leviathan while simultaneously encompassing and surpassing the epic guitar mastery of legends like Yngwie Malmsteen and Ritchie Blackmore! With Terror Decree, Toby Knapp simultaneously sets a new standard for both shred-guitar and extreme metal.
back to top