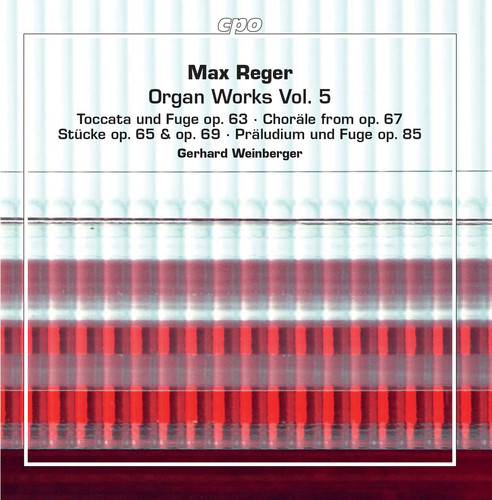 CPO's successful Reger edition continues here with the fifth volume in the successful series, even as critics are still raving about the previous release. Musik & Theater wrote of Volume 4: "These recordings number among the best currently available." The German organist and choral conductor, Gerhard Weinberger, studied organ with Franz Lehrndorfer and church music at the Musikhochschule in Munich. In 1971, he was the prize winner in organ at the renowned international ARD Music Competition. In 1974, after spending three years directing the choir at Saint Lorenz Basilica in Kempten, Gerhard Weinberger assumed a teaching post in organ and church music at the Munich Musikhochschule. He was Professor of Organ there from 1977 to 1983. Currently he is Professor of Organ and Director of the Church Music Department at the Hochschule für Musik in Detmold, Germany. He is a member of the European Academy of Sciences and Arts, and of the Leipzig New Bach Society directorate. Gerhard Weinberger's wide repertoire ranges from pre-Baroque to music of the 20th century, with a special emphasis on the works of J.S. Bach and Max Reger. He has given recitals throughout Europe, Asia and America.