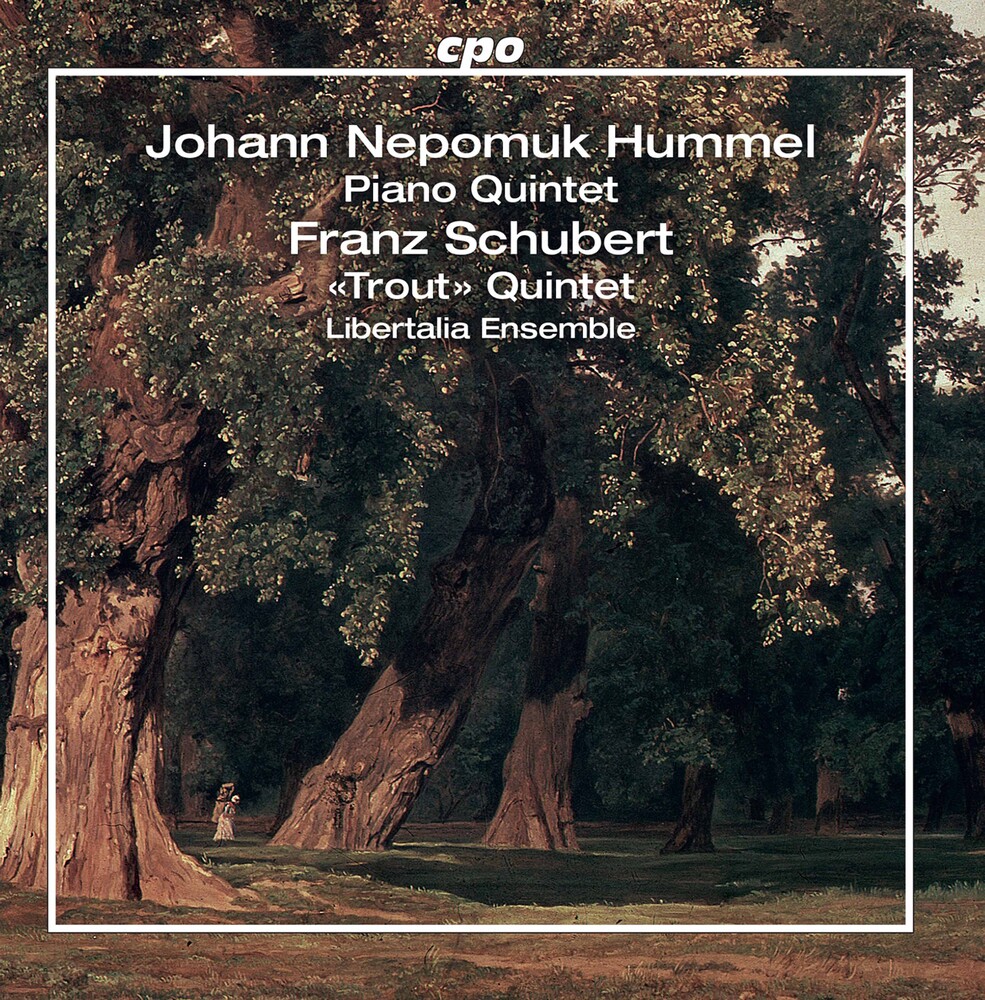 Hummel and Schubert at their Best Stylistically, Johann Nepomuk Hummel's music generally stands for the end of Viennese Classicism and the transitional period between this epoch and Romanticism. Hummel composed his Quintet op. 87 in 1802, that is, seventeen years before Schubert wrote his "Trout Quintet" in 1819. The famous chamber music critic Rudolf Felber wrote of Hummel's work: "The quintet is a masterpiece; the first movement immediately captivates and impresses the listener with it's power and passion. The peculiar main theme has a somewhat belligerent character... The Allegro agitato finale is full of carefree mirth and ends with a brilliant and effective conclusion." On this new album Hummel's quintet is combined with Schubert's famous "Trout Quintet." The esteem in which Schubert held Hummel manifested itself on various occasions and is reflected particularly by the fact that he dedicated his last three sonatas to him. These two radiant quintets representing the best of classical chamber music are interpreted by the Libertalia Ensemble, whose members include the renowned and successful brothers David and Alexandre Castro-Balbi.
back to top