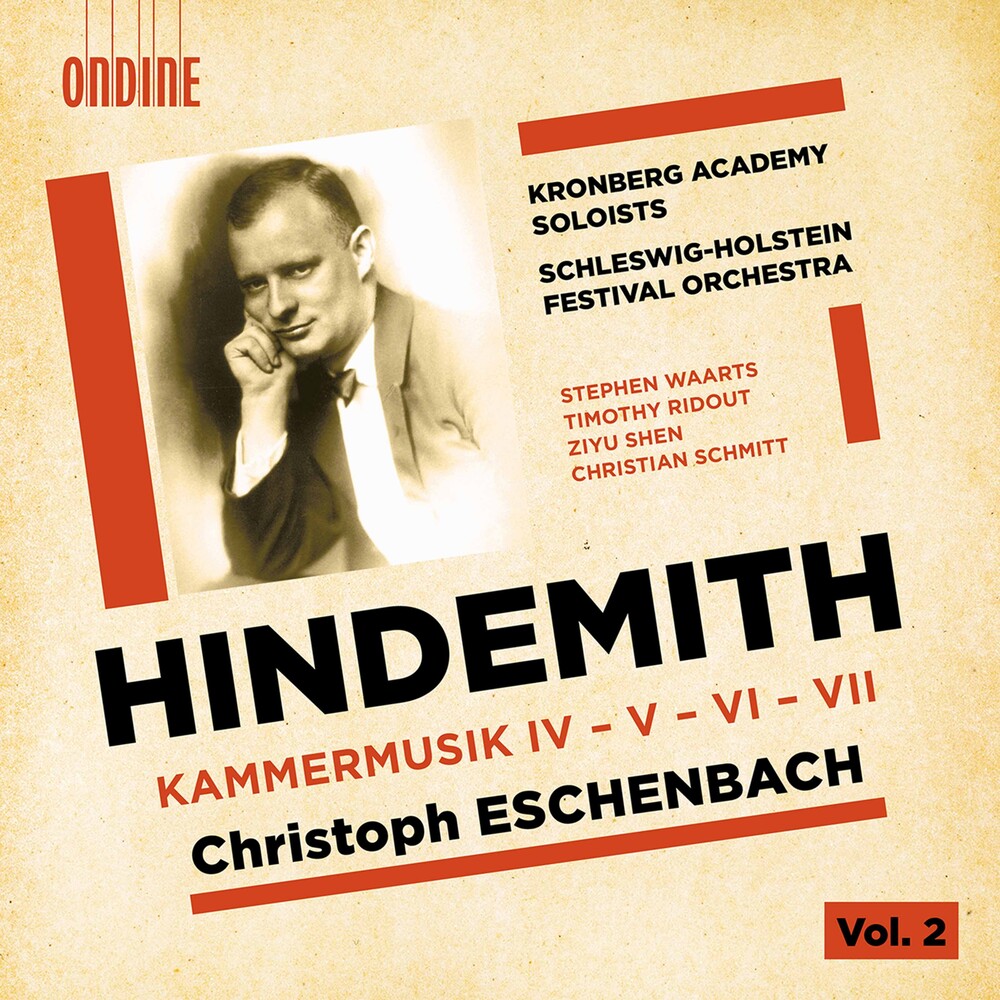 The final volume of Paul Hindemith's(1895-1963) youthful and fresh Kammermusik series from the 1920s includes Kammermusik Nos. 4-7 performed by Kronberg Academy Soloists and the Schleswig-Holstein Festival Orchestra under a true Hindemith specialist, Christoph Eschenbach, who has won a Grammy for a previous Hindemith album on Ondine. These four works by Hindemith can be considered as full-bodied concertos for violin, viola, viola d'amore and organ. These work feature four young talented soloists, Stephen Waarts, Rimothy Ridout, Ziyu Shenand Christian Schmitt. Hindemith's Kammermusik No. 4 ('Violin Concerto') is scored for a larger orchestra than it's three predecessors and includes 24 instrumentalists. Kammermusik No. 5 ('Viola Concerto') the composer premiered himself by playing the solo part. In total, Hindemith performed this work for 85 times during the next 11 years! In a letter, Hindemith described the viola d'amore as "the most beautiful thing that you can imagine in sound". The composer fell in love with the instrument and wrote his Kammermusik No. 6 with this instrument in mind. Hindemith's final Kammermusik (No. 7) was written to a commission by the Southwest German Radio: the premiere of this Organ Concerto was transmitted live in 1928. The radio broadcast had a decisive role in the composer's choice of instrumentation.