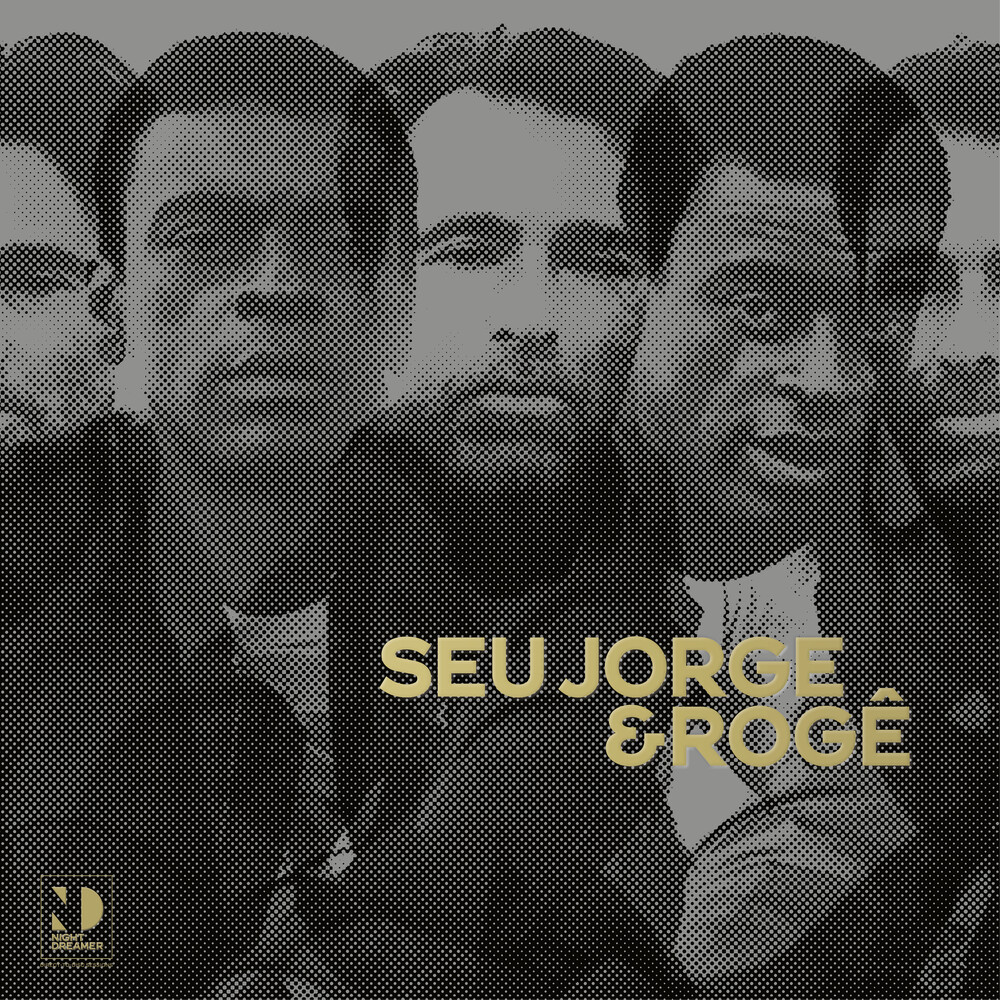 Brazilian singer, guitarist and actor Seu Jorge turns to brother-in-arms RogĂŞ, for their first ever album recording, celebrating 25 years of friendship and companionship as part of the latest instalment on UK based, direct-to-disc record label, Night Dreamer. Similar to his breakout album and Bowie homage, The Life Aquatic Studio Sessions, the new record is stripped back and raw but with an altogether different ambition - to create a 'classic Brazilian record'. Featuring both Seu Jorge and RogĂŞ on guitar and vocals it also enlists the additional talents of two of Brazil's most sought-after percussionists, Peu Meurray and Pretinho da Serrinha. The seven original compositions recall the pairs plaintive and idiosyncratic melancholy and draws on the likes of Brazilian greats like Milton Nascimento, Gilberto Gil and Jorge Ben. From Rio de Janeiro in Brazil, Jorge's success has been witnessed by close friend RogĂŞ - a story which has seen Jorge go from humble beginnings in Rio to working with the likes of Beck and Bowie, and starring in major film and television productions. Well known for his acting roles in, City of God and the current Netflix hit series Irmandade (Brotherhood), it was Wes Anderson's A Life Aquatic film that global audiences first saw Jorge on the screen performing as a troubadour strumming Portuguese-language covers of David Bowie classics. All in all, Seu Jorge has been a pioneering force in revitalising Brazilian popular music across the globe. A songwriter, composer and musician in his own right, RogĂŞ has received a Latin Grammy Nomination for 'Na Veia', his collaboration with samba legend Arlindo Cruz. With a strong catalogue of 7 albums and countless collaborations with Brazilian and international producers, RogĂŞ represents the new generation of artists of the Brazilian Popular Music movement and has been instrumental in the pair building an archive of unrealised songs, sketches and ideas, some of which ultimately comprise the backbone of this session. Like eavesdropping on a campfire session, the one-take direct-to-vinyl process at Artone captures the intensity of the duo's relationship, setting the conditions for an extraordinarily intimate recording. From concept to completion in four days, the Night Dreamer session commits a lifetime of collaboration and companionship to record for the first time, encapsulated by 'Caminhao' - the first song the duo ever wrote together 25 years ago.
back to top