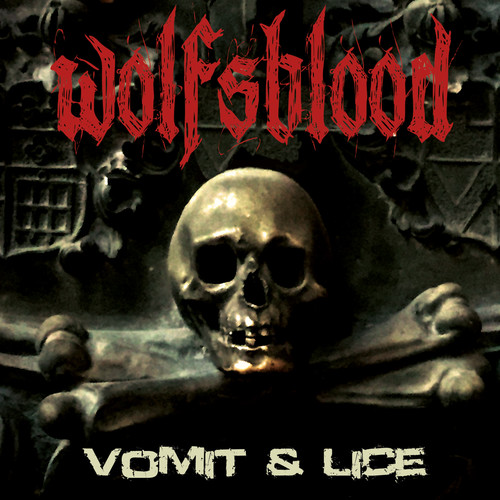 2018 release. MalmĂ¶, Sweden - Troglodyte Records and Regain Records are thrilled to announce the release of the debut album from Wolfsblood. Vomit & Lice is a full ten song album with hard hitting riffs that was recorded at Studio Motion in MalmĂ¶. It's fast, furious and ranges from hardcore punk and metal to dark melodic rock, without any musical limits. The songs simply reflect the band members history and influences within the punk and metal scene over the years. The album will be released as digipack, vinyl and digitally. It's a joint production between Troglodyte Records and Regain Records. Wolfsblood is a female fronted 5-piece band that started up late 2012. Members have played in band such as Tenebre and Moderat Likvidation, to name a few. A well-received demo was recorded and released on Spotify and Soundcloud. Rehearsals and gigs was the main occupation for a while, among others they made joint gigs in Sweden with one of their early influences- Discharge. After a break and some changes in the line-up they are now ready to take it to the next level.