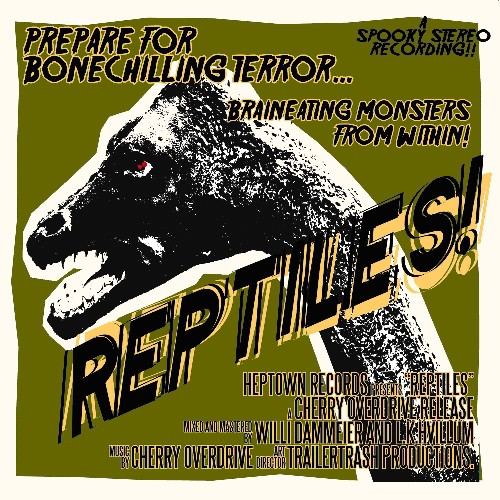 Heptown Records is proud to present the first Heptown release from one of Copenhagen's finest bands, Cherry Overdrive. This band was formed 2003 by four experienced underground musicians. They have been working focused ever since and they are now gaining ground on both German and Danish underground scenes. The band has toured regularly in Germany since february 2005 and have been playing with bands such as on Trial (DK), Color Haze (D), the Flash Express (US) and La Ira de Dios (PE). Cherry Overdrive was mentioned in August 2006 by Lowcut Magazine as one of the hottest Copenhagen underground rock bands together with fellow rooster bands the Untamed and Screamin' Eric. Cherry Overdrive have drawn attention from Danish rock legends the Sandmen (playing encores in Cherry Overdrive shirts) and Danish underground's long standing mentor Jan Sneum. Sneum, impressed with the bands style and resolv, invited Cherry Overdrive to the danish national radio's annual Radiohuset Rocker in May 2006 to make a show case. Heptown Reords was also invited to this event and was blown away by Cherry Overdrive (along with the rest of the audience who was packed in front of the scene).
back to top