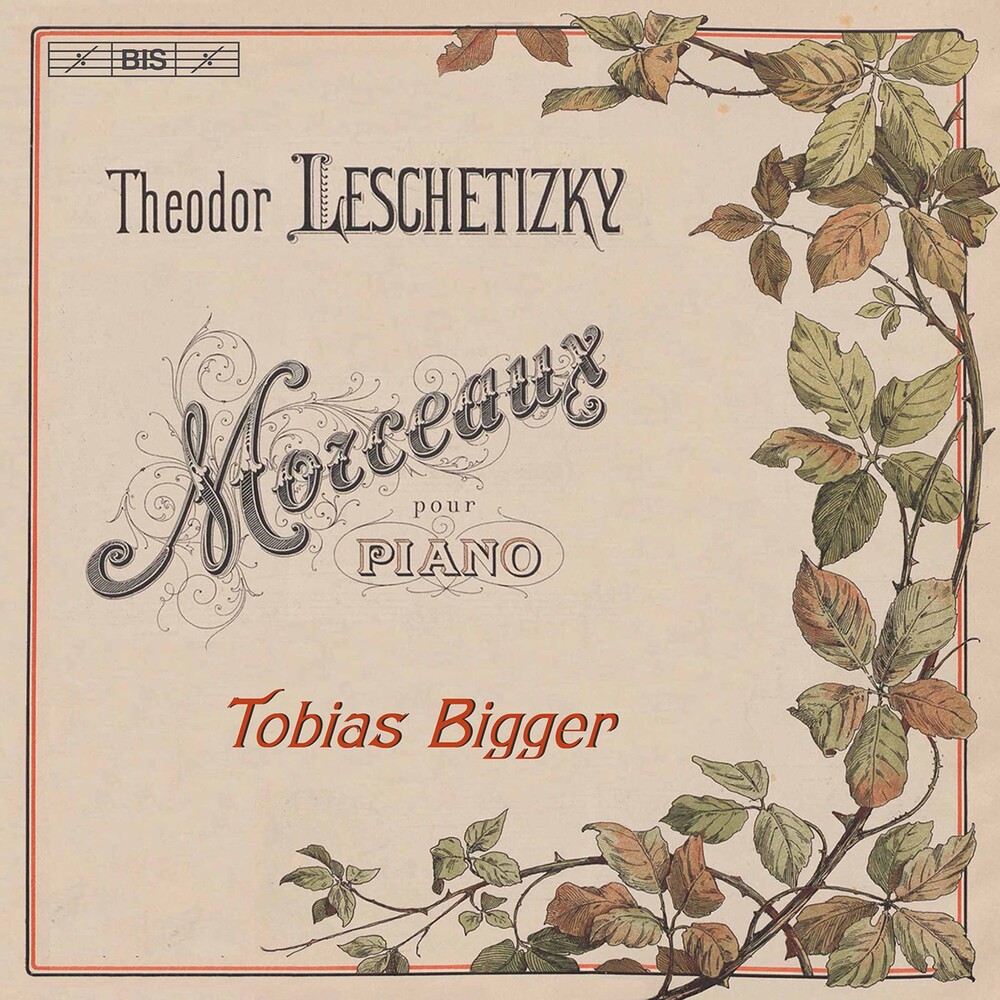 Theodor Leschetizky, born 1830, was a pianist and an internationally renowned and sought-after mentor to a large number of pianists. Although Leschetitzky was also active as a composer, his music is largely ignored nowadays, and in his liner notes Tobias Bigger relates how he came across it indirectly, through an interest in Ignaz Friedman, one of Leschetizky's most famous students. Much of Leschetitzky's production consists of character pieces for piano, and a closer study convinced Bigger of the particular qualities of many of them. He was particularly impressed by the fact that even though they convey Leschetitzky's own joy in masterful piano playing and place considerable demands on the performer, there are no displays of empty keyboard acrobatics. For his first disc on BIS, Bigger has selected pieces from Leschetitzky's later production, and primarily those that are not readily available in recorded form.