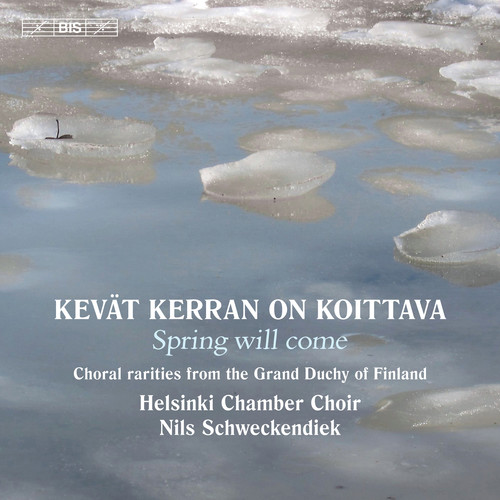 From a 21st-century perspective, Sibelius may appear to stand more or less alone in the history of Finnish music. It is easy to forget that he could not have fulfilled his artistic potential if his environment had not been conducive to musical creativity. But much of the music that was part of that environment has been almost completely forgotten, often because it's aesthetic didn't accord with the prevailing nationalist trends of the late 19th century. In this programme of choral works, Nils Schweckendiek and his Helsinki Chamber Choir guide us through some 80 years of Finnish music for choir, from the period when the country formed part of the Russian Empire, as the Grand Duchy of Finland. It was during this time that a Finnish nationalist movement began to take form, in opposition towards the political and cultural dominance of Russia and Sweden respectively. This development can be traced in the way the idea of Spring - a staple in the songs of the Nordic countries - changes from a sense of joy at the end to the hardships of winter to a metaphor for liberation from political oppression. Another result was the Fennicization towards the end of the 19th century, during which many popular Swedish and German-language songs were translated into Finnish and the originals in effect suppressed - a case in point being the earliest piece on the disc, F. A. EhrstrĂ¶m's Svanen (The Swan, 1833), which has had it's original Swedish text restored for this recording.