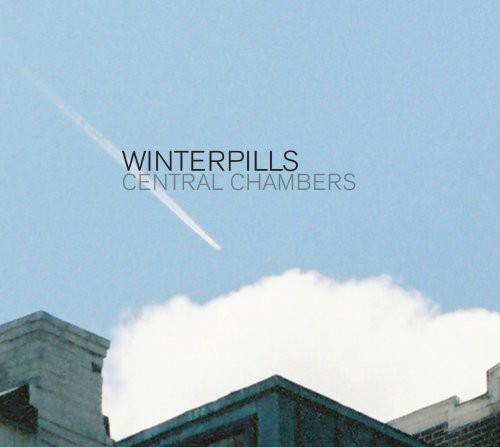 Critically praised as a mirror of sorrows and a beacon of hope, the music of Winterpills - true to it's name - is medicine for weary hearts. At the core of Central Chambers, their newest album and third overall, the Northampton, Mass. Quintet maintains it's signature chamber-indie ambience while exploring new grounds sonically and lyrically. In it, you'll hear production running the gamut from boombox lo-fi to crisp studio sonorousness; dense rockers balanced by quiet hymns; and an overall diversity in instruments and textures. All of this backs the wandering words of songwriter Philip Price, and here we can see him condensing his meditative lyrical approach into mantras contemplating the frailty of humanity. A performer with a background in 90's powerpop (The Maggies) as well as solo-acoustic songwriting, Price sought something of a middle ground. Woodshedding sessions in the winter of 2004 led him and friends Flora Reed (piano, vocals), Dennis Crommett (guitar) and Dave Hower (drums) to become Winterpills, crafting a neat balance of heartrending lyrics, lush pop and dreamy guy-girl harmonies. Their self-titled debut, released in November of 2005, drew numerous comparisons to Elliott Smith, Ida and 60s torchbearers like Simon and Garfunkel and Neil Young. It was hailed as "a disc of faultless, sparkling indie pop" by NPR's David Dye, while No Depression called it "alternately sad, cynical and deeply moving." Soon the band recruited bassist Brian Akey and returned to writing and recording. Their stunning follow-up, The Light Divides, was released in February of 2007 to much acclaim, described by The Boston Globe as "dusky, quietly ripping folk-pop that sounded at once intimate and universal." It was dubbed "painfully pretty" and "sublime" by the Philadelphia Daily News, and The Washington Post said "Price's lyrics are densely packed but hugely evocative, tiny bombs of feeling and meaning." When the band returned to Dave Chalfant's Sackamusic Studio in Conway, Mass. To record new tracks in the summer of 2007, the intention was just to create an EP. But then the project expanded; "It's always nice when you suddenly have more material than you thought you were going to," says Price. With the scope now a full-length album, the band had a chance to sit with the mixes and tweak them over time, bringing in guests like Dan McLeod - a Northampton neighbor who plays a mean singing saw on "Wire" - and Sidney Satorsky, another local performer who contributes keyboard treatments to a number of tracks. Production elements emerged, like the vinyl pop and hiss over the closer "Immortal" (a hymn intoned delicately by Reed), while the players dabbled in gentle waltzes ("Secret Blue Thread") and driving march rhythms ("Beesting"). Lyrically, Price has taken a direct approach in the songs that make up Central Chambers, hinted at in "Take Away the Words" - lose the names, lose the words, lose the complexity and confusion "or none of this might get told." Words can, in some instances, be a barrier to understanding, and Price chooses his words carefully, with many of the album's songs built around mantras on repeat. This heightens the subjects he studies, themes of frailty and humanity and the heart. He says the album's title, Central Chambers, was initially chosen as a lark, a nod to the band's Northampton rehearsal space. But as the writing/recording process was under way, Price discovered he had a heart condition called an aortic aneurysm; a weakness in the aorta that can lead to hemorrhaging or quick death if left untreated. With mortality on his mind moreso than ever, the title came to represent for him the chambers of the heart, and themes of the heart crept into the songs he wrote; the life force of blue veins running through everything ("Secret Blue Thread"), an old man collapsing of a heart attack after losing his farm ("Gentleman Farmer"), the aging heart heard through the skin of sleep of an old romantic ("Weary Heart"). "The actual, physical heart goes through many changes and challenges," Price says. But Central Chambers reflects the emotional heart as well. "To me, it also speaks to a place where judgment is dispersed, where lovers meet, where people live - and hide - and where secrets are kept." These concepts are conveyed with more presence and immediacy than we've heard from Winterpills - notice the forcefulness of "We'll Bring You Down," or the elegance of "Take Away The Words." Certainly, we can still pick up on their roots: those Elliott Smith moments remain, along with newer directions invoking Bonnie "Prince" Billie, The Velvet Underground or The Arcade Fire. But you'll find these influences only if you're listening specifically for them. Taken as a whole, though, the things you'll hear here - the pleading lyrics, the dreamy pop, the harmonized vocal exchanges and evocative playing - comprise a distinctive sound, crafted over the course of three albums and very much owned by the band playing it. On Central Chambers, Winterpills' biggest influence is none other than Winterpills itself, a strongly established voice that will warm your heart one moment only to sting it the next. - John Vettese.