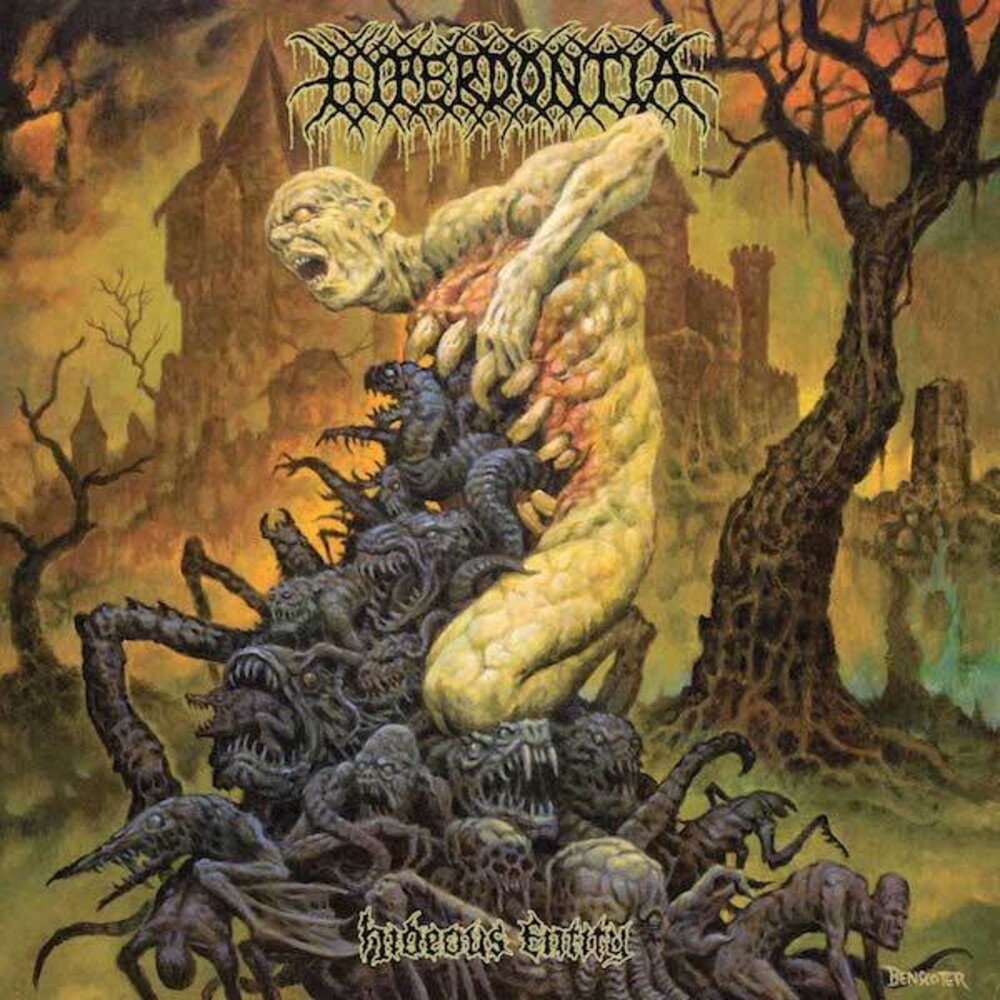 Hyperdontia is a name that needs little introduction. In 2018 this Turkish-Danish death metal machine unleashed A Nexus Of Teeth which proved to be some of the most astounding death metal of recent years, earning the band a huge amount of respect. Along with a couple of EPs and a split with Mortiferum, the quality of their music has remained consistently high. Now they return with their second full length opus Hideous Entity.Opening with a charnel blend of doomy riffs and cavernous drum work, the band draw once more from the spectral vein of old school death metal with their own crushing blend of slower moving extremity. Those lurking riffs that change angle rapidly into ever-evolving depths of ferocity meet a busy and incredibly able drum performance, aided by monstrous vocals to ensure the entire band has a monolithic sound of pure obliteration. To balance such unfathomable musicianship with a tendency for catchiness and groove ensures one receives an expansive and unforgettable experience that will not only destroy but also stick with the listener long after the album finishes. There is a definite progression in instrumentation here as warped bass lines underline the venomous riffing and bombastic drums in a manner that can only be described as otherworldly. While A Nexus Of Teeth was a blunt force trauma of pure death metal hammering, this recording is razor sharp, though holding onto all of the great characteristics of it's predecessor, they have not been afraid to experiment and embolden the flavour of their sound.The forty minute length of the album spans eight songs, each of which proves to be a wondrous affair of punishing heaviness in it's own right, but the sheer brutality and capability of Hyperdontia's songwriting / musical talent can only be truly unlocked when listening to Hideous Entity as a whole. Aptly titled, this distorted configuration of sounds is utterly abysmal in the best possible way. All of the instruments and vocals alike work in unison to provide a stoic and barbaric yet intricate tapestry of decimating sounds and contorted atmospherics. Precision is of course key, as has always been the case, with every riff or beat or growl feeling deliberate in it's conviction. No second is wasted nor ideas linger past their welcome, this entity transcends through so many juxtaposing qualities with sadistic pleasure, as it's volatility will throw one into a whole new abyss of demonic soundscapes.
back to top