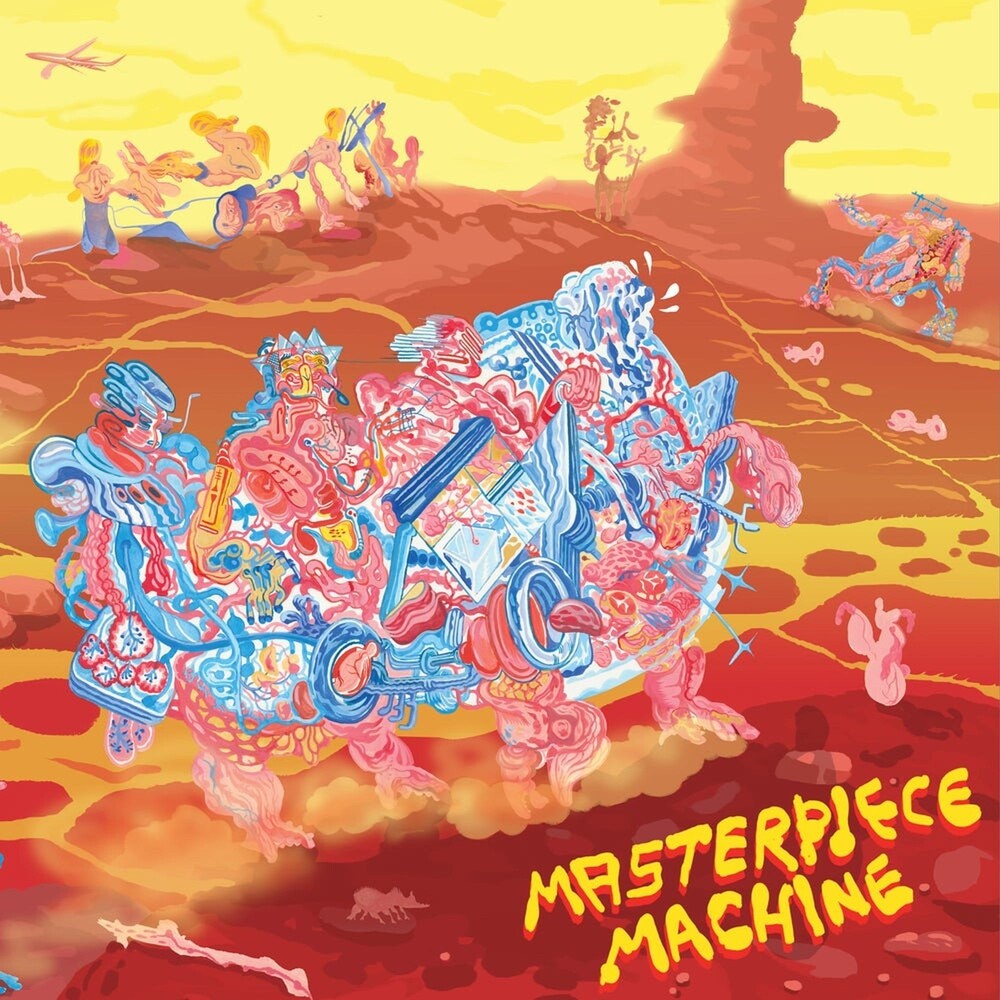 Orange vinyl. Members of Fucked Up and Power Trip have coalesced to create the throbbing musical beast that is Masterpiece Machine. Imagine pounding the drum of Psalm-era Ministry with flashes of Nine Inch Nails, massive rock riffs, cinematic electronics, and post-hardcore influenced vocals. Rotting Fruit b/w Letting You In On A Secret is their debut 12" single. In this chaotic world, industrial influenced music seems more relevant than ever as it channels the unstoppable wheels of a mutating mass of electronic and biological matter lurching towards an unknown destination. Singer Riley's love of comics led to a collaboration with celebrated comic artist and animator Lale Westvind, known for critically acclaimed works such as Grip, Hot Dog Beach and Hyperspeed to Nowhere. Lale's art for Rotting Fruit/Letting You In On A Secret perfectly captures the aforementioned musical qualities as technological chimeras made up of biological matter cruise a desert landscape seemingly without purpose, while simultaneously racing towards the future head on.
back to top