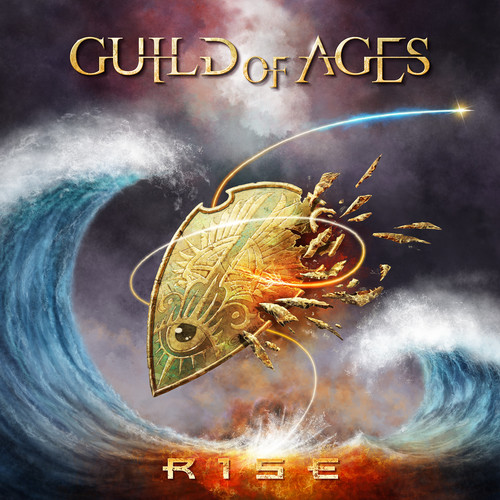 2018 release. Guild of Ages roots extend all the way back to 1989. The band was named Caught in the Act and they played every battle of the bands, benefit show or backyard party they could. The band quickly rose among the ranks of the most popular bands on the Denver rock scene. Caught in the Act was sued by a Scandinavian boyband with the same name. Guild of Ages was reborn in 1998, toured Europe that year with Axe, released three more studio CD's (One, Vox Dominatas, Citadel) and one live CD (Live Over Germany). The band parted ways in 2002. In August of 2014, GOA was asked to reunite and play a festival show in Nottingham, England. Firefest: The Final Fling! The band agreed to play the show. The band had a number of 'warm up' shows lined up to help get back into the groove known as Guild of Ages. It was evident that the band still had chemistry and sounded as if they had never split. During these warm up gigs, they decided to reunite Guild of Ages not only for Firefest, but for years to come. The band travelled to England knowing that they planned on putting the band back together, but they had no idea the fan base was so strong. Even after all those years. The band finished recording 12 new tracks in December 2017.