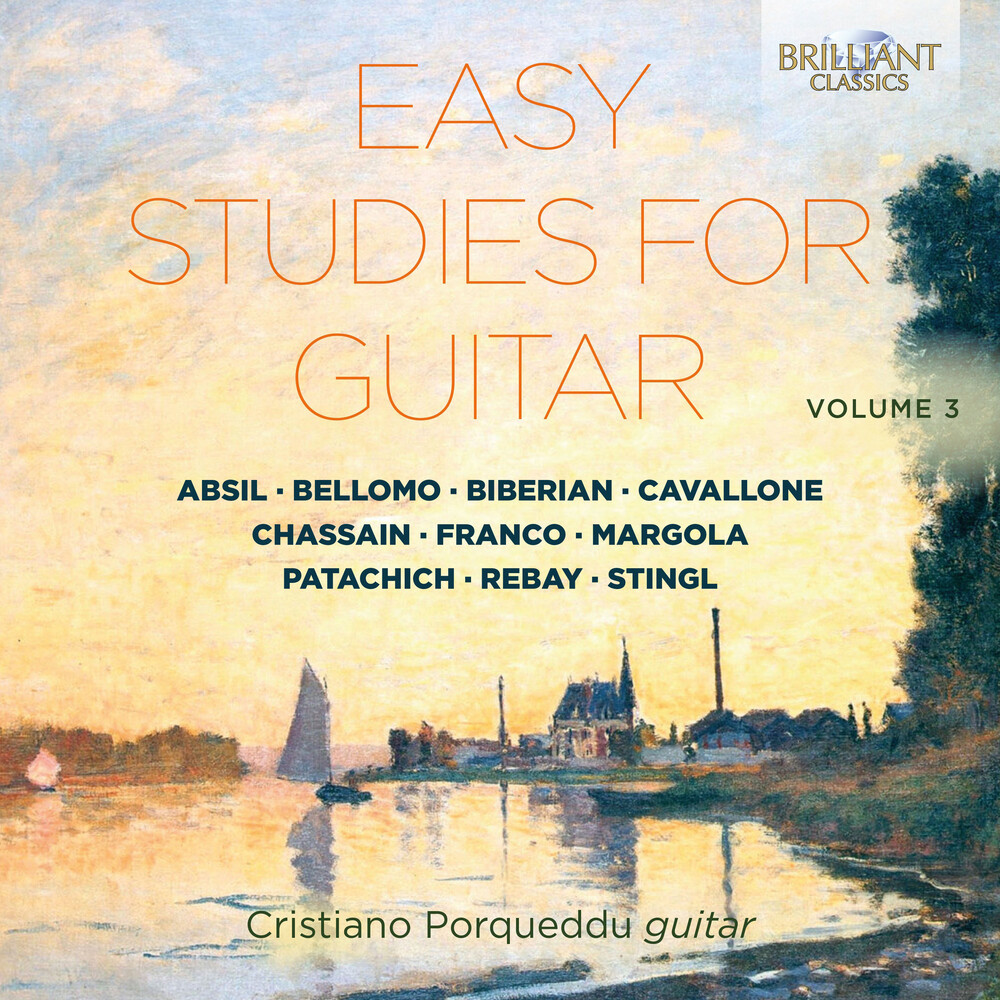 This double album is the third and last volume of Easy Studies for Guitar. The aim of the series has been to collect original works for the guitar by 20th- and 21st-century composers that fulfill didactic functions as well as being entertaining to play and listen to. Many of the studies here are receiving their first recordings, and the pieces by Biberian, Cavallone and Franco are so far unpublished. Music by the Belgian organist and composer Jean Absil (1893-1974) shows the influence of Wagner in the same way as his better-known compatriot Franck, and he absorbed the music of Milhaud and Schoenberg during his time in Paris. However, the Pièces Caractéristiques of 1964 capture a piece of sunshine no less than the folk- inspired Sei Canzoni Ebraiche by Cavallone or the Sette Aphorismi of Franco, even while certain movements exploit the more mysterious, nocturnal character of the guitar. The idea for Brèves de Pupitre sprang from Olivier Chassain's work as a teacher, arising from his students' basic technical needs or flaws - as well as his own. Cristiano Porqueddu is a distinguished editor and composer as well as performer, and he has selected an especially attractive set of Ten Studies for Guitar from among the many unpublished works by Gilbert Biberian, a British composer/guitarist born in 1944. Perhaps the set's most intriguing rarity comes from the gifted Viennese composer Ferdinand Rebay, active in the early decades of the last century, and featured on a couple of previous Brilliant Classics albums; though himself a pianist rather a guitarist, he was encouraged to turn to the guitar by a fellow-professor and also by his guitar-playing niece; he eventually composed around 600 pieces for the instrument, including these Ten Little Songs without Words.