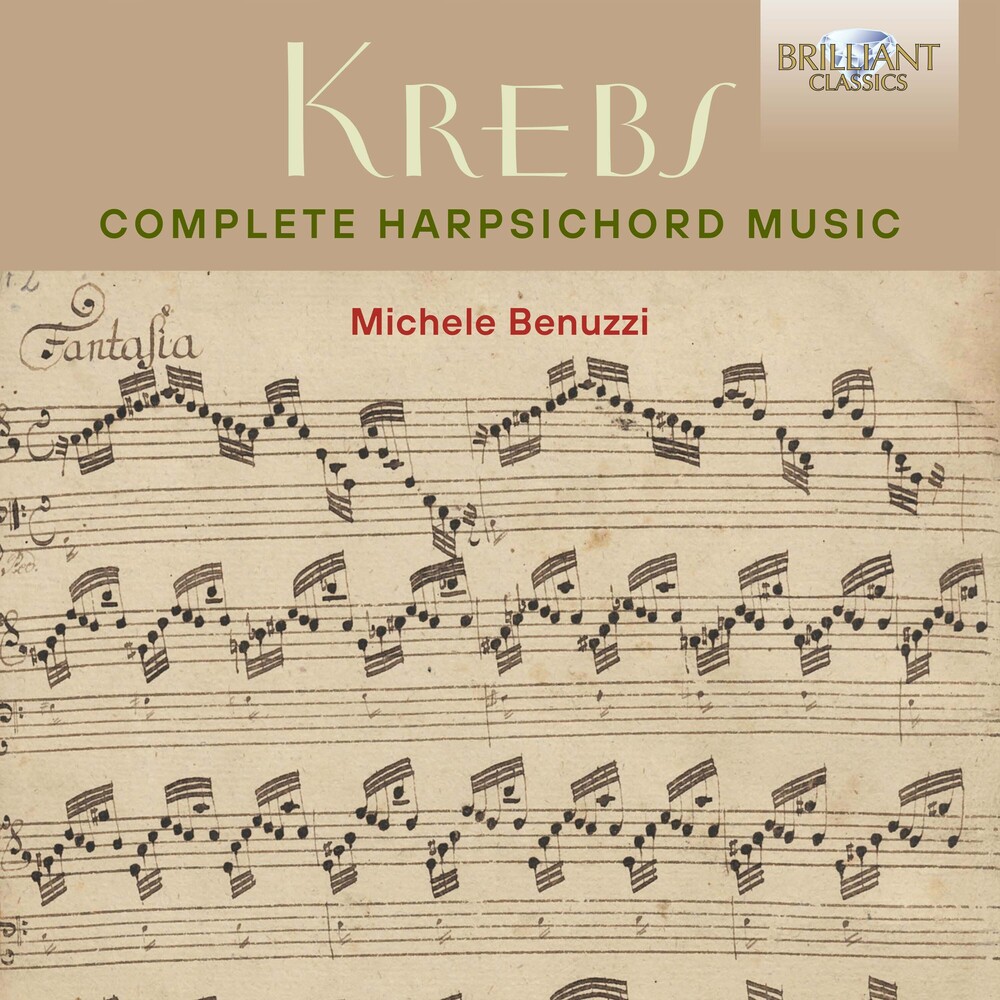 The son of a Weimar-based organist, Johann Krebs (1713-1780) entered the Thomasschule in Leipzig under the tutelage of Capellmeister Bach at the age of 12 in 1726. There he remained for the best part of a decade, and a glowing testimonial from Bach commended his talents on the clavier, violin and lute, as well as in composition. Krebs never attained the Leipzig post which his instrumental talents deserved, but he served as an organist in several churches south of Leipzig through the course of a long and distinguished professional life which reached fruition as organist at the court of Prince Friedrich of Gotha-Altenburg from 1755 onwards. The inveterate traveler and commentator Charles Burney reported that 'M. Krebs of Altenburg, scholar of Sebastian Bach, has been much admired for his full and masterly manner of playing the organ.' The style of Krebs's own music reflects the transitional period in which he lived. The hand of the master lightly guides the cosmopolitan elegance of the three partitas on album 1 of this collection. Krebs compiled a Clavier-Ăśbung (Keyboard Practice) of his own in 1744, from which Michele Benuzzi performs a C major suite and, six lively Italianate sonatas. A volume of six suites from 1746 shows the influence of the galant style which was coming into fashion at the time, embodied by the output of Bach's most accomplished son, Carl Philipp Emanuel. Several more suites here are sophisticated examples of Krebs's mastery in the 'French and Italian taste' as well as demonstrating the fluency of his keyboard writing and the craftsmanship of his counterpoint. This important collection joins several other albums of little-known keyboard music from the period, recorded for Brilliant Classics by Michele Benuzzi. A student of Ottavio Dantone, he has performed the complete sonatas of Scarlatti and given recitals at major festivals in Europe and Asia.
back to top