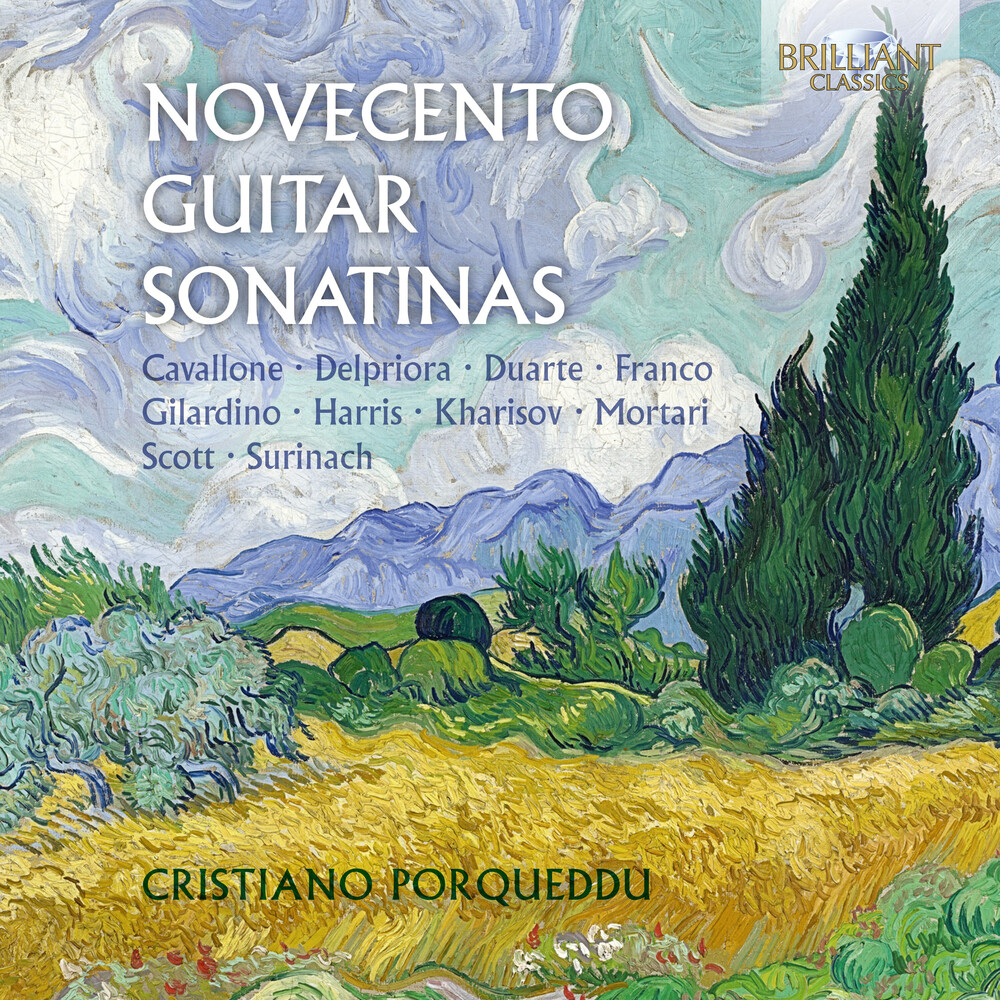 This survey is the sequel to comparably comprehensive Brilliant Classics collections of 20th-century guitar preludes and sonatas. The sonatinas included take their place as part of a long process of study conducted by Cristiano Porqueddu over the past few years. The high percentage of world premiere recordings - more than half of the entire tracklist - should give a good idea of how the research was conducted: as with the two previous releases, space has been given to those works that rarely appear either in concert or on record, in order to give voice to a considerable amount of excellent music almost completely ignored. Porqueddu made a longlist of over 60 sonatinas by 20th-century and by living composers, before narrowing down the final choice to the 17 performed here. Before Porqueddu, of course, there was the pioneer of modern guitar performance a century ago, Andres Segovia, who commissioned and inspired countless composers to write for him. One of those was the English composer Cyril Scott, and while Segovia expressed some misgivings about the result - 'I'm not head over heels about it', he wrote to his friend Manuel Ponce - the three-movement Sonatina makes a fine test of any guitarist's musicianship and effectively inhabits the Spanish guitar tradition with it's mysterious slow introduction and hypnotic central, Flamenco-style slow movement. The sonatinas by Mark Delpriora, Carlos Surinach and Albert Harris are no less compressed in expression, using the sonatina form to pack ideas into ten minutes that would occupy half an hour in the hands of lesser composers. The seven works of Angelo Gilardino are more expansive, though full of character, testifying to the unique relationship between composer and performer: Porqueddu himself. The pieces by Alberto Franco and Franco Cavallone were also composed with Porqueddu in mind, while the Sonatina Lirica by Segovia's English pupil John Duarte is a hidden gem. 'a most compelling collection from five composers, none of whom were guitarists... coruscating variety, fine recorded sound and lovingly shaped playing.' (MusicWeb International). 'Porqueddu's work is once more of excellent quality and shows how he is able to create individual interpretations of contemporary repertoire.' (Seicorde).