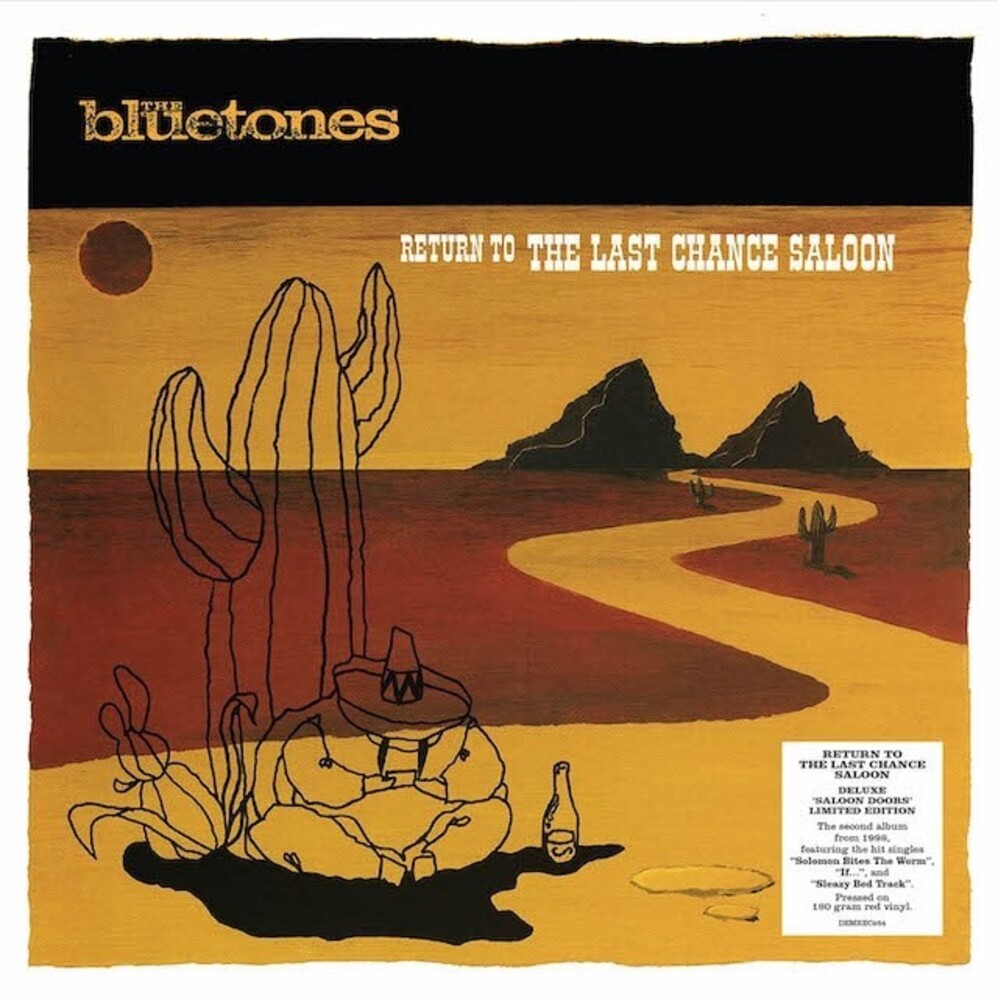 The Bluetones' second album "Return To The Last Chance Saloon" was preceded by another Top 10 single "Solomon Bites The Worm" in February 1998. Featuring some orchestral arrangements, the album was released in March, going straight into the Top 10 of the album chart. Two more hit singles were taken from the album: "If..." and "Sleazy Bed Track". There was an extremely limited edition version of the vinyl release of the album - a gatefold sleeve with two opening 'wild west' saloon doors affixed to the inside of the gatefold sleeve. Demon Records is very proud to recreate this edition! Pressed on 180g red vinyl.
back to top