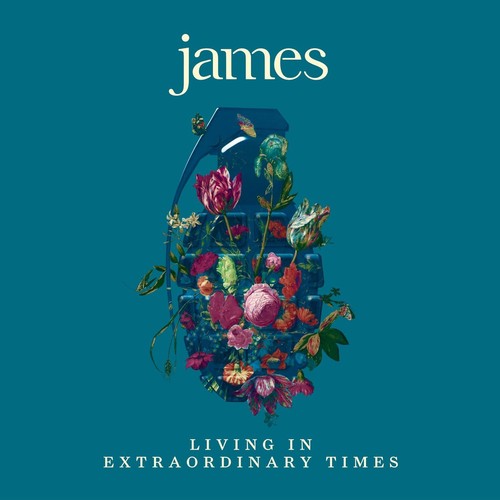 Mancunian outfit James returned in May 2018 with the Better Than That EP and follow it up with their fifteenth studio album, Living In Extraordinary Times. The sessions were overseen by Mercury Prize-winning producer Charlie Andrew and rising star Beni Giles. "Hank," which appeared on the EP and opens the record, is further evidence that James have no inclination to shy away from politics. Tim Booth is an Englishman in America, and that particular perspective on Donald Trump's American carnage couldn't help but have an impact on the record. As well as biting social commentary, Living In Extraordinary Times also sees Booth speak frankly about deeply personal issues. On "Coming Home (Pt. 2)," (featuring long-time collaborator Brian Eno) he writes about the pain of being a father on tour away from a young child. It also features EP title cut "Better Than That," where Booth urges the universe to do it's worst, like a man squaring up to life itself. Taken together as shot and chaser, the EP and LP, prove James to be as vital, visceral and urgent as ever in 2018.