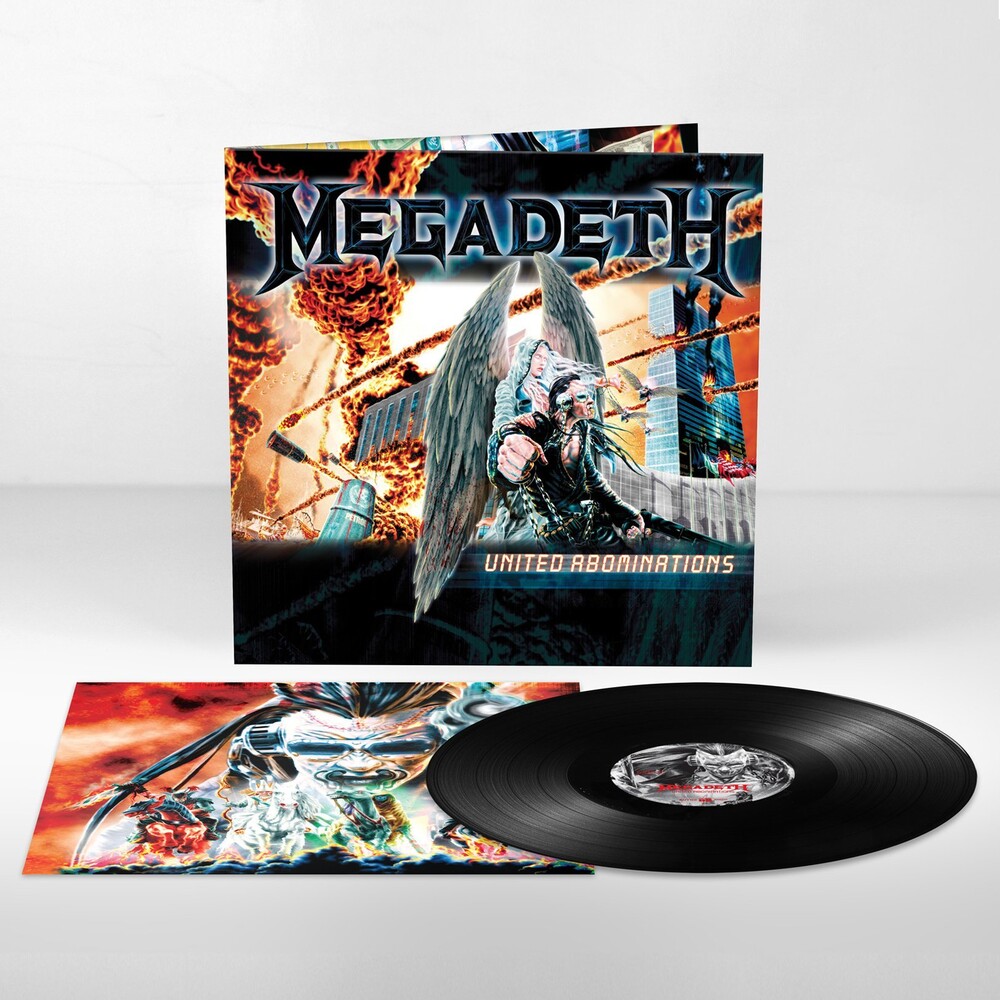 The eleventh studio album by American trash metal legends, Megadeth entitled 'United Abominations' was first released on May 8th, 2007. Debuting at number 8 on the Billboard chart, the highest since '94's 'Youthanasia' the album was voted number one metal album of the year by several publications and was hailed by critics and fans alike as one of the finest of the bands career and was revered as their best in a decade. This version has been remastered by Ted Jensen (Pantera, Mastodon).