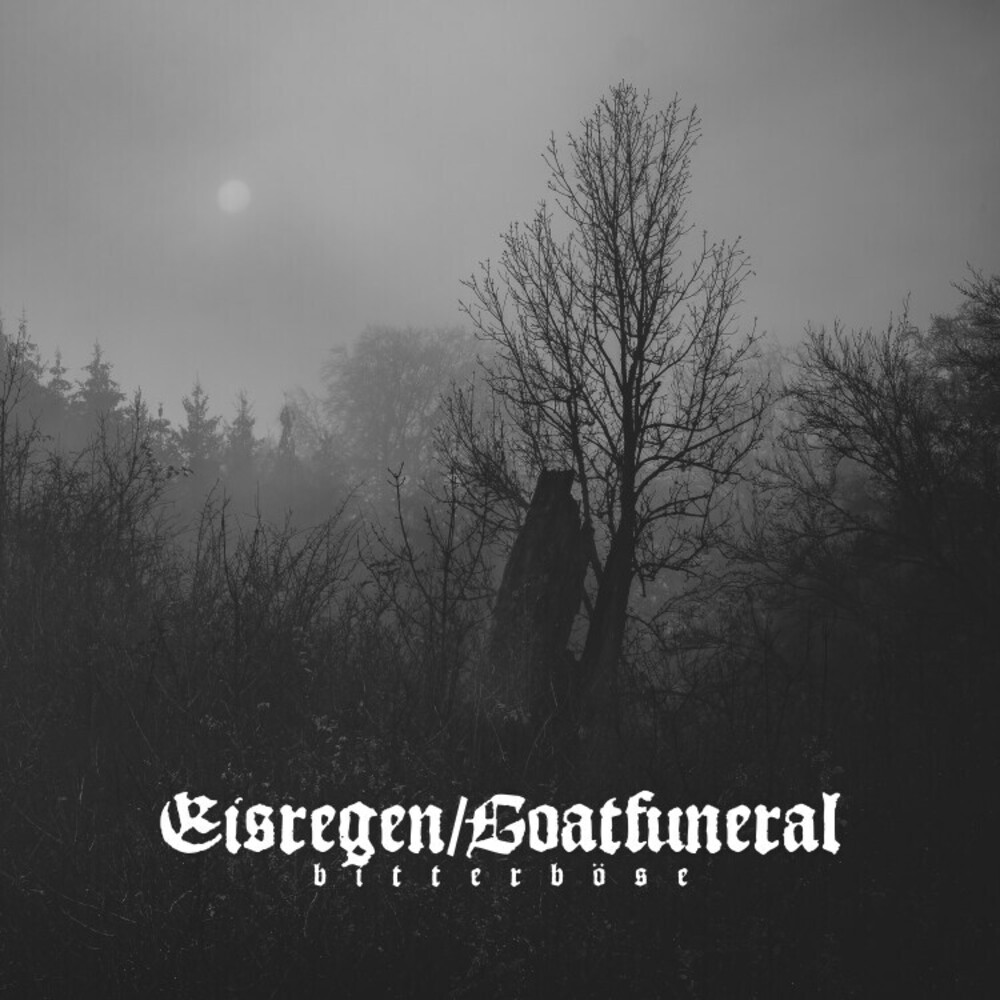 Thuringian masters of the macabre show no mercy: Only a year after the release of their successful album "Leblos" (#6 in Germany, #75 in Austria, #84 in Switzerland), they return with their new release "bitterbĂ¶se". Created completely during the pandemic-related lockdown - special times require special albums - EISREGEN masterminds M. Roth and Yantit present this new release, a joint effort with their own black metal incarnation GOATFUNERAL. The album will be available as a 2-CD mediabook as well as in various vinyl formats, including - and that is a first in the band's history - a strictly limited picture disc vinyl LP. The album title itself is not just an empty phrase, as you may have already guessed: "bitterbĂ¶se" is compressed anger, it is dark to the core and full of morbid musical art, which both bands are committed to offer for decades now. Songs like EISREGEN's "Sei mein Totenlicht" and "Nur eine weitere Leiche i'm Wald" as well as GOATFUNERAL's "Hellfire Club - For Members Only" and "Satan Calls" are among the best songs that Roth & Yantit have written in their long career so far!"bitterbĂ¶se" is both EISREGEN's 15th studio album as well as GOATFUNERAL's 2nd studio album - and it's even more than that: It's a musical statement by two of the most important German extreme metal bands, and a reason to celebrate for fans of both bands
back to top