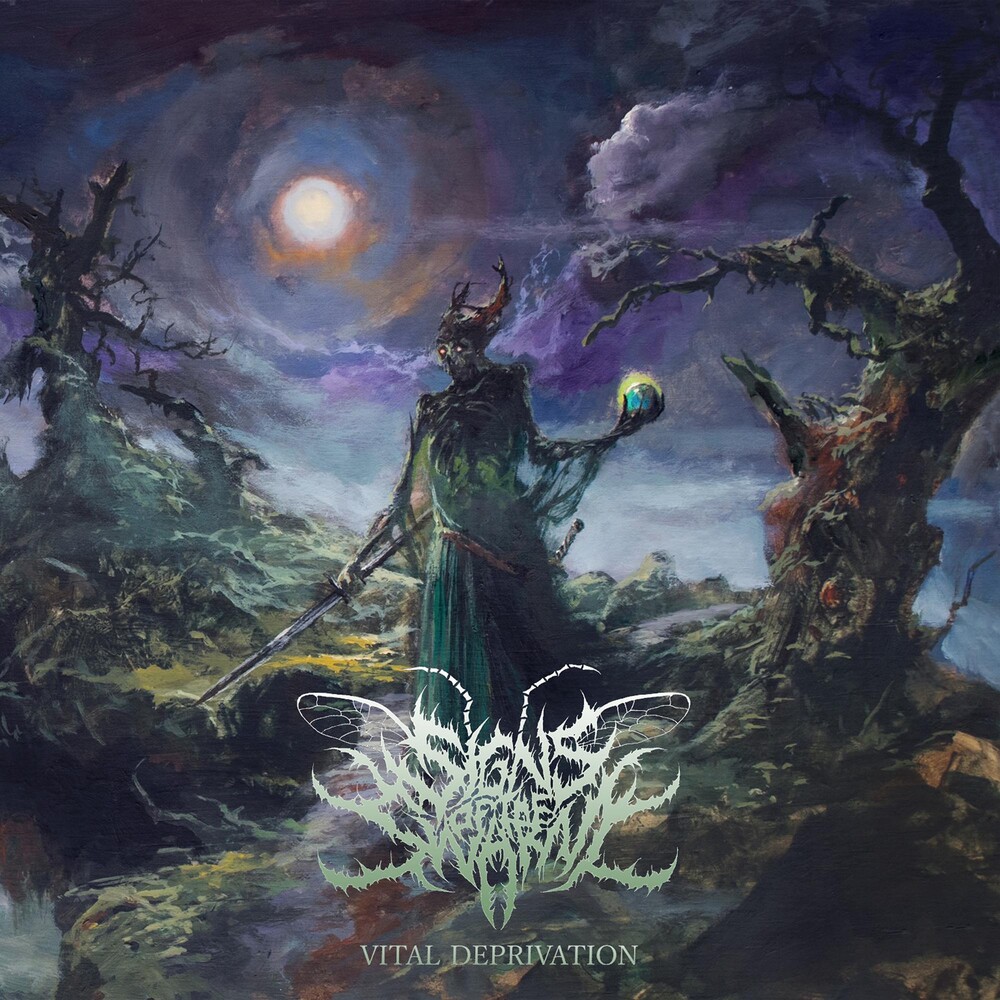 Vital Deprivation Signs of the Swarm - Pittsburgh extreme metal band Signs Of The Swarm have garnered a deserved amount of hype in the last few years, and the band has officially detailed their upcoming album. The new record, Vital Deprivation, drops October 11th via Unique Leader Records, and the band has debuted a new song to go alongside it. "Tempting Death" also features former Lorna Shore // current Chelsea Grin vocalist Tom Barber. - Notably, the album will be the first SOTS record to feature new vocalist David Simonich, who replaced CJ McCreery in what was one of the weirder vocal switches in modern metal. For the uninitiated, the "food chain" of sorts happened when Chelsea Grin frontman Alex Koehler left the band last year, Lorna Shore's Tom Barber joined CG as their new vocalist, and wait - that's not all. CJ McCreery then departed SOTS to join Lorna Shore (a match made in heaven), and then SOTS recruited the new vocalist in David. It's a lot to wrap one's head around, but it seems to have worked out alright for all bands involved.