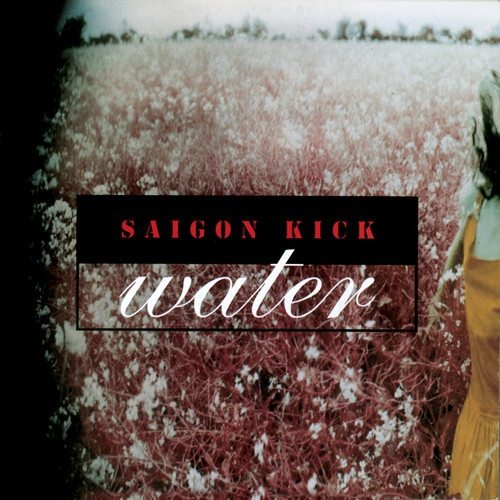 Digitally remastered deluxe edition includes 12 page full color booklet with 3,500 word essay, enhanced artwork with unpublished photos and new interview. Saigon Kick'S Fortunes were radically reshaped with the release of their second album, The Lizard and it contained the hit single 'Love Is On The Way'. It was a track that made them MTV stars, helping to achieve a gold album. This was a major coup for this much-loved Florida four piece that had been signed to Atlantic Records via the imprint Third Stone, a company owned by Hollywood A-Lister Michael Douglas. However, despite these achievements, all was not well within the band's ranks. Bassist Tom DeFile and vocalist Matt Kramer had left the band. Kramer had clashed with main songwriter Jason Bieler and it was mutually agreed that the only way to solve the problem was for Matt to depart. Not surprisingly this move left the label somewhat confused as the project was set to move to another level of success. As with the previous record, it was agreed that Bieler could not only self-produce and record mainly in Sweden, but also take on the role as lead vocalist. It was a brave move and not one without reservations from various interested parties. Issued in 1993, Water was actually another comprehensive statement of intent. It signaled a move towards experimentation but the original framework was still intact. Hard riffing but melodic tracks, such as 'One Step Closer' and 'Torture' nestled comfortably with such wide screen pop psych fare as 'Sgt. Steve', 'Close To You' and 'Fields Of Rape'. Oh, and look out for a superb version of Bowie's 'Space Oddity'.