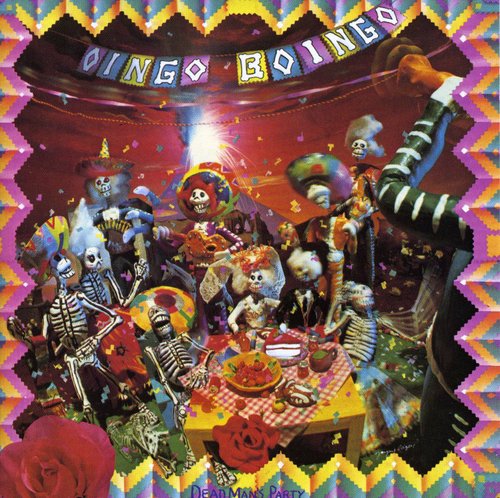 ''Dead Man's Party'' is the fourth album by Oingo Boingo, released in 1985. It is considered by some to be their breakthrough, due to the inclusion of songs from this album in two movies. The title track was used in the film ''Back to School'' (wherein Boingo performs the song at a party) and the dancing skeletons in its music video became one of the most recognized symbols of the band. The album also includes the song "Weird Science" which was written for the John Hughes film of the same name and later the television series on the USA network. Another track, "No One Lives Forever" was used in the 1986 Cannon Group production of ''The Texas Chainsaw Massacre 2'' and ''Casper: A Spirited Beginning'', a direct to video release from ''Twentieth Century Fox'' and ''Saban Entertainment'' in 1997.

The album cover art is an homage on Day of the Dead. - Wikipedia