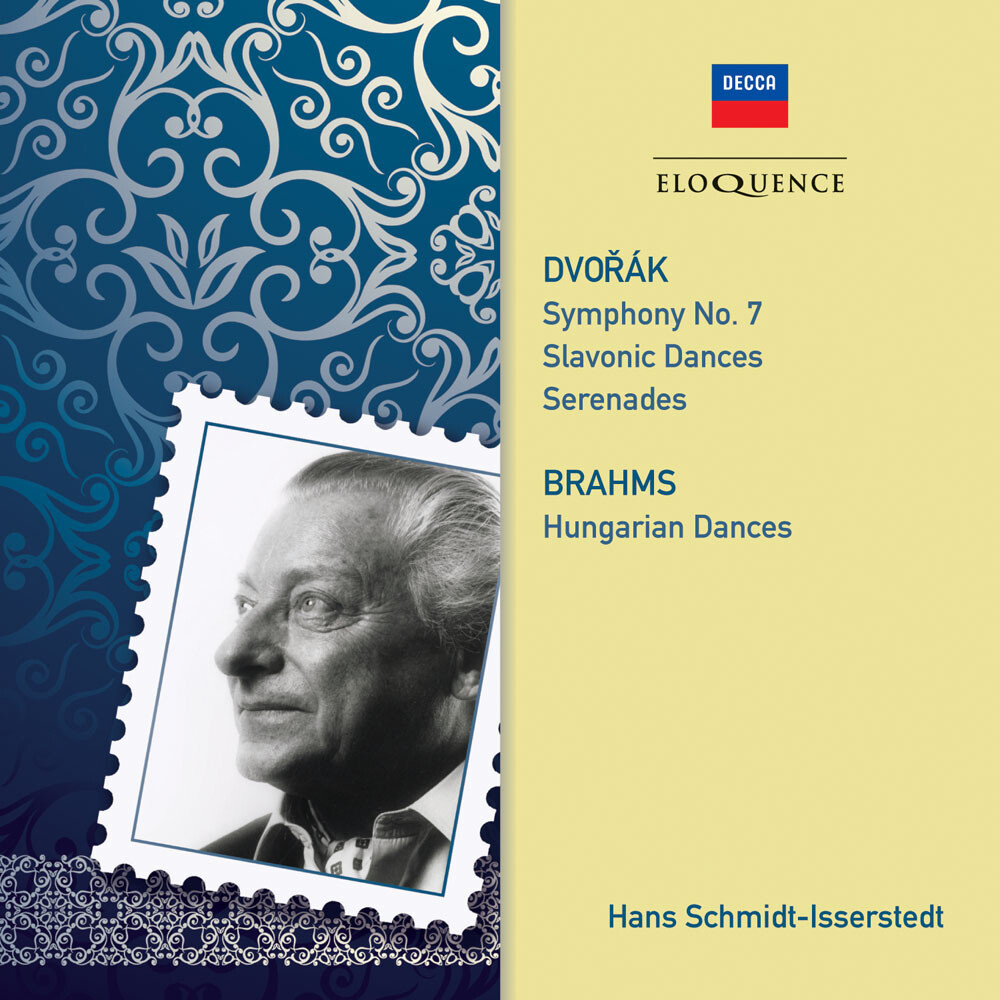 Newly remastered, and new to CD, the dramatically charged DvorĂˇk recordings made by Hans-Schmidt-Isserstedt for Decca and Deutsche Grammophon, coupled with the composer's (and Brahms) folkloric dances. Eloquence pays tribute to the self-effacing art of Hans Schmidt-Isserstedt (1900-1973) combining three LPs onto a 2-CD set - all recorded during his postwar reinvention as a symphonic conductor of subtle and collegial gifts who brought the best out of orchestras across Europe. In 1945 he was selected by British occupying forces in northern Germany to found and lead the Hamburg Radio Symphony Orchestra (later the NDR Sinfonieorchester) as a German counterpart to the BBC Symphony Orchestra in London. The orchestra's program of repertoire classics leavened by new music became a model for radio orchestras established across postwar Germany, and Schmidt-Isserstedt enjoyed an Indian summer as a symphonic conductor after beginning his career in operatic posts in Darmstadt, Hamburg and Berlin. Schmidt-Isserstedt and the NDRSO undertook the first postwar tour of the UK by a German orchestra in politically sensitive conditions during 1951. The DvorĂˇk symphony sessions duly took place at Kingsway Hall in London, during the orchestra's second tour in the spring of 1953. Supervised by John Culshaw, the sessions included the Seventh Symphony and a selection of four Slavonic Dances. The dances were first issued on a separate LP, coupled with seven Hungarian Dances of Brahms, and then the Slavonic Dances separately released on a 10-inch medium-play (MP) disc. A decade later, Schmidt-Isserstedt and the NDRSO recorded the two Serenades, for ensembles of wind and strings, which count among Dvorak's freshest inspirations. Here again, both playing and conducting were praised for their energy, their joyful spirit and sensitivity to the Czech idiom, and yet these performances have been unavailable for many years: their first international release on CD will bring the conductor's name to a new generation of music-lovers.