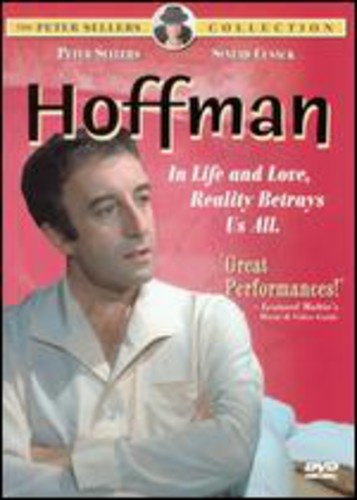 Peter Sellers gives a rare - and remarkable - dramatic performance as Benjamin Hoffman, a lonely middle-aged businessman who blackmails a beautiful young secretary (Sinead Cusack) into spending a week with him. But what begins as a seemingly sinister ordeal will slowly reveal itself to be an uncommon bond of tender yearnings, dark secrets and some very surprising realizations about the possibilities of love. Critics and audiences alike were touched by Peter Sellers' powerful and moving performance in this rarely seen gem of a film directed by Alvin Rakoff (A VOYAGE ROUND MY FATHER) and featuring a haunting theme song by legendary British vocalist Matt Monro.
This website uses cookies to personalize content and analyse traffic in order to offer you a better experience.
I accept Learn More
back to top